Is It Time To Tax The Shit Out Of Doctors?

DOCTORS should be taxed every time they open their fat, smug, overpaid mouths, it was claimed last night.

People across Britain said the money could be reinvested in the NHS and used to pay for nice foreign doctors who just treat you instead of making you feel like Adolf Eichmann every time you fancy a Star Bar.

As the British Medical Association called for the systematic annihilation of the country's entire population of Creme Eggs, consumers said it was time to take the UK's doctors by the heels and shake them while at the same time ignoring their calls for a ban on being held upside down.

Bill McKay, a slightly overweight shop owner from Harrogate, said: "If I take my car to the garage and the mechanic tells me that low quality motor oil should be banned my immediate reaction is tell him to shut his fucking face and fix my bloody car because that's all he's paid to do and if I want his overpriced opinions I'll fucking ask for them.

"But that doesn't happen because the British Mechanics Association isn't filled to the brim with arrogant, self-regarding pricks who think they own your body and prescribe whatever pills the computer tells them to."

He added: "There's two ways we can do this. Either we can tax them for every statement they make calling for something to be taxed, or we can take 75% of the hundred and fifty grand they've conned out of the government for spending an extra year at university."

Emma Bradford, a primary school teacher from Bristol, said: "I suppose I've brought this on myself because you see, I don't know what butter is and so I just keep piling it onto my Weetabix until Nigella Lawson tells me to stop." 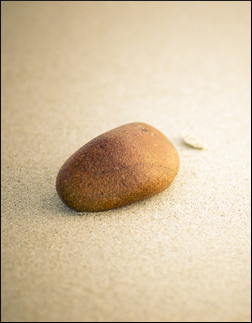 THE worldwide boom in grinding poverty has led to more than three billion names being added to Forbes magazine's annual 'poor list'.

Around six billion incredibly low net worth individuals are now members of the elite club and for the first time in it's history brown people now out number pink people by just two to one.

A spokesman said: "We are seeing a fundamental shift in the make up of the list with millions of Europeans and Americans finally staking their claim to a life of untold fuck all."

But despite the surge in western poverty, the world's poorest person remains Victor Undungwe of Chad whose net worth has dropped from a bag filled with bits of old toenail to a small pebble and half a dead spider.

He said: "I made the mistake of investing half my toenail bits in RBS and the other half in Woolworths.

"My broker has advised me to put my pebble into defensive stocks such as oil and telecoms and have the spider for lunch."

Meanwhile Forbes 'rich list' of billionaires has shrunk dramatically with more than 300 individuals now forced to admit they are worth just several hundred million dollars.

"I don't know how I'm going to cope without being on some list or another. I suppose I'll just drift around the Aegean in my yacht until I start to cheer up."

Meanwhile the UK government is to introduce a new scheme to help poor people buy cars they can then sell to pay for food.