One Woman's Week: Reinventing The Train

People these days have to get their priorities right and stop crying like a bunch of wallies because the pound shop 'just isn't the same' as Woollies, and the mall's pick'n'mix is 'extortionate'.

Sure, money can buy you many things: a country mansion, a massive Porsche, some Gucci sunglasses – but what can it really buy? My wage as a primary two school teacher is frankly pitiful but you don't see me complaining. As I slave, night after night, over their preposterous spelling and poorly informed arguments about euthanasia, I just remember that I am effectively shaping the future generation. You can't put a price on that; though if you could, it should probably be in the region of seventy grand. 'Charity with a red pen' is what I like to call it (red is, of course, the colour of sacrifice as well as my favourite colour).

Paxman and I have so much in common: we both have a university education, we are both incredibly photogenic and we both just love the Victorians. You see, the Victorians just had to get on with it even when they smelled disgusting and were infested with rickets. British history is choc-full of economic strife, but did you ever see the Victorians getting swastika tattoos and listening to disgusting punk music while throwing pint glasses at each other? No, they communicated their angst by painting an attractive still-life, or even better, they went out and made their own fortune by inventing something, for example, a train. No spot of debt would have bothered them – not least because they had a Jew for a prime minister. Here's an idea – get those Jews off the telly and back into the cabinet where they belong! How different things could have been in the 70s if we'd had Ben Kingsley for PM.

But joking aside, is the recession really so bad? The Bill will only be on once a week from now on: Big Deal. Just let me ask you this: do you even know what The Bill is about? I suspect the answer is 'not really'. And in any case, the whole 'doomsday' thing is totally appeasing the fundamentalists among us, who all think that Allah is doing it. I think Gordon Brown would be well advised to put together a special think-tank led by people such as me and Paxman. We'd have this train back on the road in no time!

Time To Abandon Britain As Greggs Becomes Too Expensive 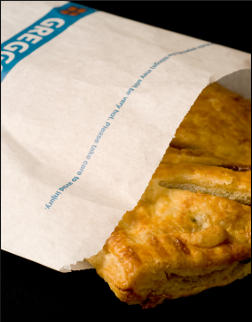 BRITAIN is 'well and truly, Geordie-lass-on-her-hen-night fucked' if people can no longer afford to eat at Greggs, financial analysts warned last night.

Profits have plummeted at the high street baker due to a combination of falling demand and a sharp increase in the cost of whatever it is they put in their pasties.

Tom Logan, meat and pastry analyst at Donnelly-McPartlin, said: "We've always used Greggs as a sort of base line for absolute poverty.

"At the moment things do seem to be hurtling downhill like Frank Spencer on a roller skate. If people can't afford Greggs, then I would say we're about six to nine months away from what I like to call 'Mad Max 2'."

But Greggs insisted it will work hard to retain its customer base by finding new and exciting animals to mince and, if necessary, installing boxing rings at the back of their larger stores.

A spokesman said: "We'll toss in a ham and cheese slice, get two unwed mothers to scrap for it and charge a fiver at the door.

"We'll also take a 10% commission from the local bookie. Our customers love nothing more than betting on a skank fight."

Meanwhile Sainsbury's has admitted the profit plunge at Greggs 'does not bode well' for its Taste The Difference range.

A spokesman added: "We may as well try shifting brithday cakes made of raw tripe with Cherie Blair's face on them."