RECREATIONAL mule tranquiliser ketamine affects the mind in a similar way to programmes about Peter Andre, experts have claimed.

Research into the effects of the drug on the human mind has revealed direct parallels with ITV2’s sub-lowest-common-denominator series about abs, sunshine and vaginas.

Professor Henry Brubaker, of the Institute for Studies, said: “Ketamine produces a sense of disengagement from reality, a literal mind-numbing which can be pleasurable in small doses but if taken to excess will make you shit your brain out.

“Now remove the word ‘ketamine’ from that last sentence and replace it with Kerry Katona: The Next Chapter or The Vampire Diaries.”

He added: “Hopefully this discovery will allow us to help ITV2 users by weaning them off Gossip Girl and onto increasingly large doses of ketamine. Mental health-wise there are no substantial benefits but at least they’ll make less noise.”

Veterinary anaesthetic ketamine was introduced into the club scene in 2001 after it was discovered that unconscious horses were actually having a wicked time.

Ketamine fan Stephen Malley, from Swindon, said: “As befits someone who snorts evil-smelling crystals off of speakers at illegal techno parties, I’m not concerned about K’s ‘long-term health effects’. To me ‘long term’ means ‘tomorrow’.

“However I am alarmed that it might be a gateway drug for aspirational television.

“And come to think of it, I did recently find myself, for no apparent reason, wondering what Peter Andre has for his tea.”

Greece to be renamed 'Olympikenstaat' 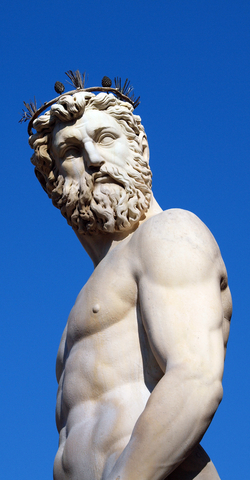 GREECE is to be renamed ‘Olympikenstaat’ following Germany’s first successful invasion of the country for more than 70 years.

“We look forward to you making all our decisions for us and moulding we poor Olympikenstaatians into disciplined economic warriors who will one day be able to help you invade Turkey.”

He added: “If there’s anything you need, just shout. But look who I’m talking to.”

Following the successful invasion of Greece, timed to coincide rather neatly with the resurrection of Rudolf Hess, the Germans have now set their sights on Portugenfurt, Sangriaplatz and Topothemorninstaat.

“All those people slaughtered and cities laid waste when all he had to do was get everyone together in Rome and suggest a series of treaties that would eventually deliver a Thousand Year Reich but without all those ridiculous SS trousers and the pointless arm waving.

“But that’s Hitler for you – right about Volkswagens, wrong about Jewish people.