Adebayor asks Spurs to move to the midlands

HARRY Redknapp is reconsidering a loan move for Emmanuel Adebayor after the Man City striker said moving to London seemed like a faff.

As well as requesting that the north London club relocate a lot closer to Manchester so he didn’t have to move house, the sub-sedentary striker also asked whether the pitch could be shortened to decrease the amount of running about and advised that he was going to be busy most Saturdays.

Redknapp said: “Our current target men are a philandering bucktoothed lamppost and a lad with the pace and turning circle of St Paul’s cathedral, so we’re not saying a definite no just yet.

“My biggest worry about such a move would be Van der Vart falling to bits while being transported, but I suppose I could sit him on my lap in the front of the Transit.”

Adebayor has steadily fallen out of favour at City from first choice striker to regular substitute to being loaned to Real Madrid to his current status of having a restraining order banning him from being within 200 yards of the Etihad stadium.

Several clubs have expressed an interest in the player but the deals have fallen through after he failed to complete any of the medicals, citing his inability to be arsed pulling up his shirt so the doctor could listen to his chest.

Spurs hope that signing Adebayor will stem the tide of players looking to leave the club after it became clear that playing for Redknapp did not guarantee an introduction to his saucy daughter-in-law.

Redknapp said: “I’m sure the fans will realise the sacrifices we have to make to sign top quality players and will relish the chance of driving up the M6 every other weekend to watch Ade stroll about for a bit.” 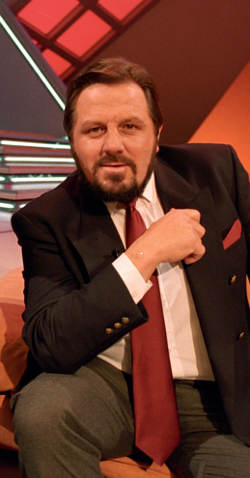 JETHRO, the commander in chief of the comedians, will decide later today who may live out of Stewart Lee and Michael McIntyre.

The intensifying row between the two comics has prompted a rare intervention from the Cornish wit, who is revered by his peers as a living god.

Jethro’s status as High Clown of the Grand Order of Gelos –  the secretive comedians’ sect named after the Greek god of laughter – confers upon him the power to judge any humorist’s right to exist.

A source said: “Jethro believes this divisive rift between sour-faced meta-jokesmith Lee and McIntyre, who favours energetic descriptions of online shopping and hot drinks, could have triggered a bloody war between the exponents of popular and unpopular comedy.

“Hence both comics have been summoned to perform ‘tight 20 minute sets’ before Jethro, who will be seated on an ornate throne flanked by golden serpents.

“Whichever comedian elicits the least belly laughs from the rustic arbiter of mirth will be put to death in an amusing but lethal slapstick ceremony involving ladders, buckets and a very heavy piano suspended by an insubstantial piece of rope.”

He added: “Personally I believe Lee’s pedantic deconstructionist approach, coupled with a penchant for deliberate repetition and obvious disdain for his audience places him at a substantial disadvantage to McIntyre’s more traditional ‘antics’.”

Jethro, whose 1998 gig at Frome Town Hall during his Behind The Bushes tour is the single funniest event in history, replaced Mike Reid as High Clown in 2006.

Grandmother Emma Bradford, who was at the legendary Frome event, said: “I’m not good at remembering jokes but there was one about a pasty and another one about a doctor’s waiting room involving a chicken.

“Sweet Christ it was so funny. I can’t even tell you.”