THE Guardian last night told David Cameron that they really thought he would have resigned by now.

As the phone scandal thing was declared boring again, editor Alan Rusbridger said many of his journalists had been working up to six hours a day and the prime minister’s refusal to stand down was now actually quite rude.

He added: “But we’ve written all this stuff. Come ooooooon.

“What if, right, you resign – and maybe say you’d have gotten away with it if it wasn’t for that pesky Guardian – and then I say that you’ve done the honourable thing and that you’re actually a really nice person?

Labour ‘leader’, Ed Miliband, added: “I’ve done like 27 interviews and made a big speech in parliament, which, for someone like me, is really nerve-wracking. All my friends said he would have resigned by now and then I’d get to be prime minister for a bit. I’m very upset.”

Downing Street apologised to the Guardian and the Labour Party and said they understood their frustration but stressed there is not much they can do as long as polls continue to suggest that real humans could not give a tuppeny fuck.

Meanwhile the scandal has also reached the crucial point where everyone is just saying any old shit  on the basis that some child-brained Guardian reader will believe them.

Nick Raynsford, a man there is absolutely no reason you should have heard of, said a civil servant who fell out with his boss thought someone had gone though his bins and therefore it must have been ordered by Andy Coulson.

He was backed by security expert Tom Logan, who added: “The way the rubbish was spread around the pavement means that Mr Coulson had clearly ordered a crack team from MI7 to raid this man’s dustbin. Unless it was a fox.

Julian Cook, professor of privacy invasion at Roehampton University, said: “Strangely enough Nick Raynsford was a local government minister when Labour gave councils the power to rake through your bins ‘to make sure you were recycling properly’.”

“Why won’t the prime minister resign?”

David Cameron obviously spent most of 2010 talking to a Murdoch about BSkyB.

Murdoch’s Fox News had a ‘black ops’ department where mental patients would be forced to write all the news bulletins.

It emerged the police have widened their investigation to include other newspapers, meaning the issue is now suddenly less important than Amanda Holden’s new lip gloss. 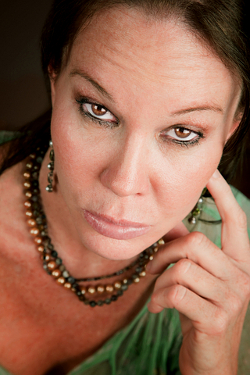 I think we can all agree that if recent events show anything, it’s that political correctness has truly gone mad.

Journalists these days are being persecuted like never before and are in danger of losing all the freedom they once had to smoke out evil celebrities.

Take Lois Lane, the famous female journalist from America’s Daily Planet. Like Rebekah Brooks, Lois was a frequent news headliner herself, after repeatedly winding up in jail or hospital or space. But everyone remembers at least one of the great stories she bagged using her unconventional means – and phone hacking was the least of the tricks she had up her sleeve. Methods used by this outstanding and vampish woman included accepting gifts and romantic dinners from handsome oligarchs, breaking into offices and stealing sensitive documents. Yet everyone just thought she was cute and professional. Nowadays, she might be branded ‘borderline unethical’  – and imagine what The Guardian would make of the unfair practices used by her partner to get his scoop.

So if someone is innocently dropping in on all the GHB gibberish that Sienna’s left hanging out for all to hear then in the spirit of Krypton, I say ‘Let’s bust that slag’. Unlike Sienna and Prescott, when my voicemail urges me to personalise my access PIN, I do it in a flash because there are several high profile continuity announcers who regularly leave me messages detailing utterly perverted homosexual dreams and any breach of privacy would undo all the good work we’ve done. Evidently randy Scotsman, Tommy ‘always the bridesmaid, never the bride’ Sheridan took similar precautions when setting up his voicemail and is now kicking himself for his prudence.

Do we really want to turn Britain into Russia – where intrepid journalists such as Rebekah are mowed down? Because that’s exactly where we’re heading: communism gone mad.  Where are all the caped heroes when Russian lady journalists need saving?  Champneys?

What everyone really needs to see is a Daily Planet style fly-on-the-wall documentary about News International. People will be charmed by Jimmy the bumbling junior and Perry White the sweaty, booze-scented editor with margarine arteries, who hasn’t a clue that among the list of methods used by his staff to secure a splash are lethal alien powers and highly radioactive materials.

Get those entrepreneurial coppers away from C-list celebrity phone bills and back out on the street, bundling young brown men into dank holding cells and forcing them to confess about Pakistan. The public have spoken:  More Spooks and less Brooks!

It seems Rupert Murdoch isn’t that good at publicity after missing some sterling opportunities this week to get himself out of this mess. Little whaling expedition off the Californian coast? No sign of the magnate. Small boy stranded in flood water in India: where was he? Missing these kinds of crucial PR events is doing him no favours and the team of strategists appointed to organise these things is evidently not being paid enough.