CHILDREN as young as seven are collecting cigarette packets for the gruesome health warning.

Youngsters have responded enthusiastically to the government’s new cigarette box design, which is plain apart from an awesome image of something scary.

Eight-year-old Wayne Hayes said: “My best day at school was when I swapped my ‘blackened teeth’ box for a ‘heart operation’ and ‘smouldering lungs’, which is really rare.

“Apparently Tom Logan in Class 4A has got ‘open heart surgery’ which is the rarest of all. He might be bullshitting though.”

Hayes admitted spending all his pocket money on boxes full of cigarettes, which are then bought from the shop for him by older kids who charge five fags per box.

He added: “Collecting cigarettes boxes is quite addictive.”

Drinks with green stuff floating in them ‘clearly flawed’ 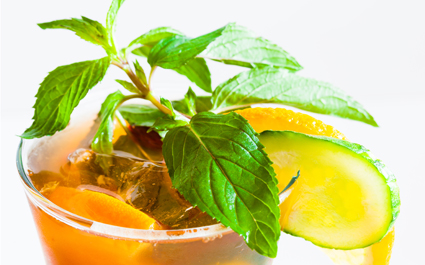 THERE is nothing to be gained by adding plant matter to a drink, it has been claimed.

Tom Booker, from Woking, said: “Making a glass of Pimm’s look like a primordial swamp does not make it more drinkable. On a practical level, it makes it much less drinkable.

“You’ve got to do it thought. It’s posh. I think it might even be the law.”

Tom’s girlfriend Carolyn Ryan added: “But you can’t be seen to swallow the floating stuff. You have to filter as you drink, using your teeth like a drain cover.”

The habit of putting foliage into drinks began in 1861, when some upper class people had a bet on what was the stupidest thing they could convince plebs was fancy.