Leicester, Aberdeen, Preston: will the shithole you live in be locked down next?

FOLLOWING rumours that Preston could be the latest of the UK’s piss-stain conurbations locked down after some dickhead opened a nightclub there, residents of Britain’s shitholes fear they could be next. Here’s a risk rundown:

Long renowned for only appearing on Channel 5 documentaries about the roughest f**kers in Wales, this sinkhole is ideally suited to a Covid breakout because its aggressive citizens live in ignorance of all laws, both of man and nature.

The town whose official slogan is ‘Where dreams come to die’ was considered as a location for a UK series of The Walking Dead before producers decided it was far too grim to be halfway believable. Horrible even for the Midlands.

Usually places next to the sea are nicer than places that aren’t. Southend is very much the exception. Even the seagulls shitting on your fish-and-chips are doing you a favour. Home to the world’s longest pier stretching more than a mile from shore which still isn’t far enough from Southend to be bearable.

The teenagers hanging around Queensgate shopping centre in this flat, lifeless wank of a town were scientifically proven to be the most bored in the UK. Combining inaccessibility with no reason to visit, Peterborough could already be locked down and nobody would know or care.

When the best you’ve got going for you is ‘proximity to London’, life’s already dire. Also known for the music festival that invented throwing piss, a big f**k-off motorway and being the setting of Jude the Obscure, the most misery-filled book in all literature.

Newcastle and Sunderland are pretty f**king rough. Middlesbrough is the twisted, malformed sibling they keep locked in the cellar to protect the world. Ideal for anyone who enjoys looking at chemical works, breathing in their fumes, or leaving and never coming back.

Burger King's good for you this month, claim knackered parents 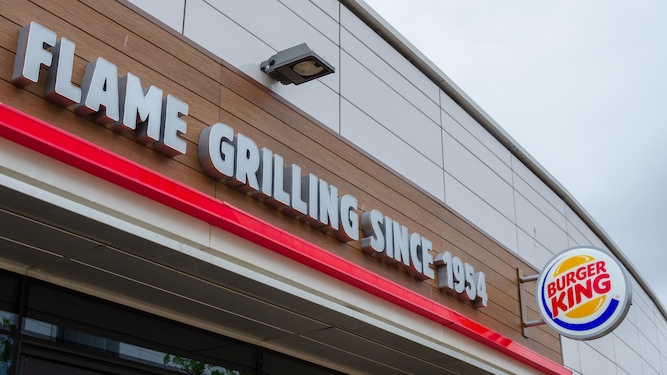 EXHAUSTED parents have resorted to telling their children that fast food is really healthy for the entire month of August.

With Eat Out To Help Out in full swing, frazzled mums and dads who have been doing this for months now have advised their progeny that Burger King is actually a nutritious choice ideal for a child’s development for the next three-and-a-half weeks.

Mum of two Nikki Hollis said: “At first I tried to explain the government’s discount scheme, but I got bogged down in the complications so I turned to simple lying.

“Now, as far as they’re concerned, a flame-grilled Whopper has a magical charm placed on it by the monarch of burgers himself that makes it perfectly okay during the holidays. Because I’m bloody sick of cutting the crusts off sandwiches.

“And when I said that to mum, I got a caramel sundae.”