Why you office plebs must listen to advice from a rich property developer, by Kirstie Allsopp

I MAY be the daughter of a Baron, but that doesn’t mean I’m unqualified to offer unsolicited advice on people going back to their offices during a pandemic.

As a millionaire property developer, I know only too well how offices work. And as a television presenter showing people around houses, I’ve met more than a few people who work in them.

So when I say all your jobs will soon be outsourced to Uzbekistan, I know what I’m taking about. And If I had an office job, which I can’t because ‘The Honourable Kirstie Allsopp’ doesn’t fit on a swipe pass, I would rush back to it post haste.

And while we can afford to ride out the coronavirus storm because of our wealth, I’m afraid you must hurry back to work to keep our investments healthy and the economy grinding on. Come on. You can’t want to stay in your homes. I’ve seen them.

Do you want me to have to make a show about converting city-centre offices into luxury flats for overseas investors? With Phil leering in the background? No. But I will if I have to.

Thanks for listening. Now if you’ll excuse me I need to switch over to the other Kirstie who makes lovely Christmas decorations out of leftover lace doilies. It’s always useful to have a back-up plan. Good luck!

The mum's guide to undermining your adult child's life choices 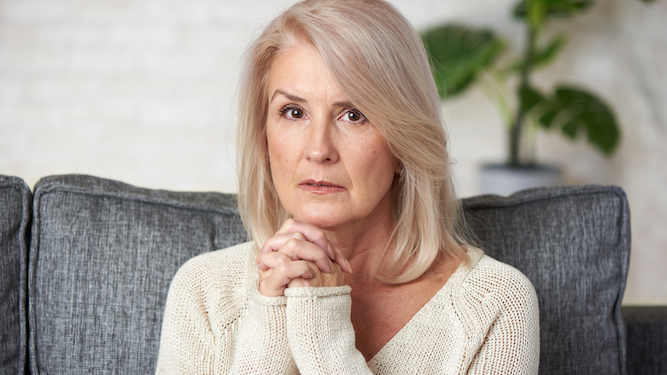 WISH your grown-up child had followed a different path? It’s never to late to offer subliminal negative guidance with our handy guide:

Not allowed in a court of law, but fine in your lounge once you’ve finished telling them about the trouble Dad’s having with his prostate. For example: ‘Don’t you think it would be nicer to have a boyfriend with fewer tattoos?’ or ‘Wouldn’t you like to have a big house because you run your own pharmacy, like Liz’s eldest?’

You would never tell your son he’d had gotten fat, but that’s why God gave us euphemisms. Say ‘looks like you’ve been eating well’ and wonder aloud if there are any membership offers at the gym these days. If all else fails, buy him a Fitbit for his birthday.

Continually ask about their successful friends

Thanks to extensive Facebook-stalking, you know Emma from school is a univeristy lecturer married with two kids. No matter how often your pride and joy reminds you they fell out a decade ago, keep asking if they’re in touch in the hope that they’ll realise that they don’t measure up.

Sick of hearing how well your 29-year-old’s latest unpaid stand-up appearance went, but don’t want to explicitly tell the man you birthed to shut up? Nothing will hit him harder than an obviously forced ‘That’s nice, dear’. He’ll be a successful lawyer within the week.

Allude to your death

If your adult son or daughter will insist on making it impossible to boast about them at pottery class, it’s time to bring out the big guns. Remind them that you won’t live forever and that you don’t want to go to your grave with a child still unable to afford a nice new car.