Lockdown 2: The Sequel, ranked against all the other sequels

LOCKDOWN 2 has arrived just months after the end of the widely acclaimed first lockdown, but will it be a Ghostbusters 2 or an Aliens? Check our rankings:

The second Terminator movie is a flawless masterpiece. Nothing this government does will ever compare, and if they’d made a Terminator film it would be the baffling turd of a movie that is Terminator Genisys.

Another month-long lockdown, with an option to extend, won’t ever reach the heights of the Gremlins movie that vastly improved on the first. Plus Gremlins 2 had a thinly-veiled Donald Trump analogue in it, and it’s looking like this one won’t.

The title is a little bit too close to actual government policy to be palatable.

In fact it’s Dido Harding and the comically bumbling track and trace team’s second assignment, because they’ve already f**ked up the first. But thematically appropriate because there will be seven lockdowns spiralling down in quality, just like the Police Academy movies.

Lockdown 2: The Secret of the Ooze

The title of the second Teenage Mutant Ninja Turtles film could remind the government to find out how Covid works, not just bugger about breaking international law to troll the EU. And much like the film, it could be the lame sequel that killed the franchise. And Vanilla Ice’s career with ‘Ninja Rap’.

That’s more like it: as with Speed 2, a disastrous sequel with all the best bits of the first one shorn away, leaving only a slow-motion catastrophe, the cost of which can never be justified.

We can only hope that the second lockdown won’t be as agonisingly painful and soul-destroying as the second Highlander film. The living would envy the dead.

Donald Trump's guide to accepting defeat with grace and dignity 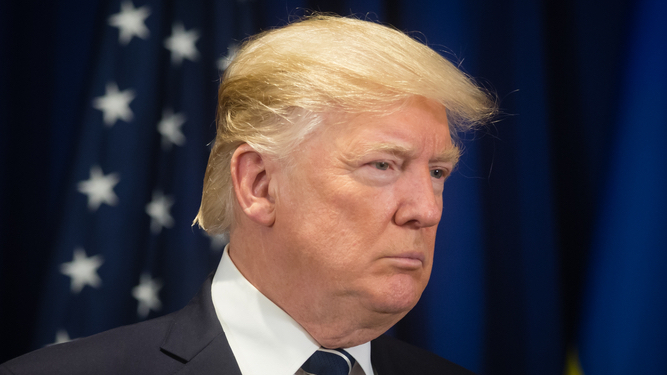 LOSING gracefully is an art, as multiple bankrupt and divorcee Donald Trump knows only too well. Here he explains how to take it like a man.

First, my congratulations to Joe

Cheatin’ Joe Biden is trying to steal the presidency so that snake in the grass could be your new POTUS. Enjoy it while it lasts, Joe, you asshole, because you’re very old and about to die soon. And you’ll go to the bad place.

My thanks to everyone involved in the rigged counting process

You threw away Trump votes and stuffed the ballot boxes with fake Hispanics called Sanchez Burrito. But you worked so hard at it. When Mexican drug gangs murder your families, maybe you should think about that.

No president has ever done more

The completed wall. The establishment of Space Force. The elimination of Covid from the United States. The ending of racism. I’m only sorry I didn’t put Hillary on death row, but it wasn’t my fault. I’m just one guy fighting liberal-fascist CNN fake news.

It’s been a great four years in the White House

Everything here is mine. I moved in with it. That Oval Office desk I brought here from Trump Tower. I’m taking everything: Tiffany lamps, that painting of George Washington, the Bill of Rights. They’re all going in Jared’s truck. And the light bulbs.

My thanks to my tireless campaign team

Actually just Ivanka. She’s a hot piece of ass, right? She brightens up any hardworking president and father’s day. The rest of you cocksuckers can go f**k yourselves.

We’ve all got to move on in life, and this is my chance to found a TV channel discussing QAnon’s entirely true claims that Hillary is an immortal paedo-vampire.