Man comes to disturbing realisation that he enjoys running

A MAN is afraid of what he might become after going out on a run and enjoying it.

Julian Cook was so bored during lockdown that he begrudgingly decided to go for a run, only to find that it was not that bad and that he was considering doing it again.

He said: “My wife wanted to go for a run, so like any good husband I went along so I could prove her wrong.

“But next thing I knew I was bounding along the path inhaling gulps of fresh air, feeling more relaxed than I have in months. It was disgusting.

“I kept telling myself I could stop any time, but I just didn’t want to. I took a second lap round. It’s all a blur but, yes, I might have even picked up the pace.

“I couldn’t look my wife in the eye afterwards. The repercussions this will have on our marriage, like improvements to my general health and well-being? I didn’t know how I was going to sleep that night. Like a baby. The next morning I woke before the alarm.

“What if I become one of the wankers posting about sunrises and natural highs after 2.2k hill climbs? What if I do a half-marathon? A full marathon? What if I do it dressed as an aubergine? Oh God.” 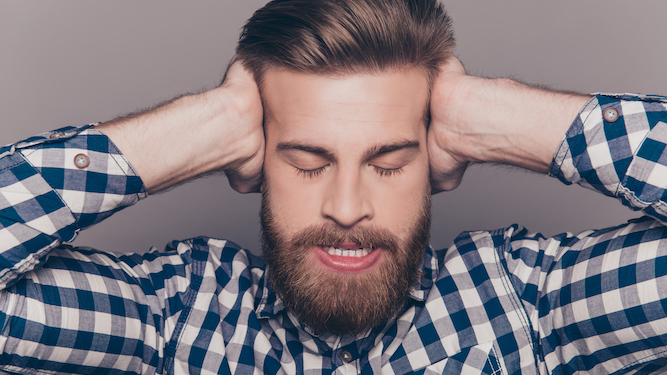 AMERICANS have made more television than anyone else, and we’ve got nothing else to do but watch it. But why do they say these words f**k all like they’re meant to?

What Britain assumed was a joke about Homer Simpson’s ignorance is how real-life nuclear physicists pronounce the name of their field of study. They’re preventing Chernobyls daily and they can’t even talk right.

Perhaps too overwhelmed by memories of the Cuban Miss-ull Crisis to think straight, Americans will vacation in these islands but will not f**king learn how to say their name. While being outraged you don’t know all 50 states in reverse alphabetical order.

Americans lose all reading capacity when confronted with something as simple as aluminium foil, skipping the second ‘i’ completely and letting the last half of the word fall from their mouths like chewed food. And our kids say it because they’re raised by Netflix.

Colonel Sanders was famously a Cockney, so of course he dropped the H when referring to his blend of 11 ‘erbs and spices. In tribute, London has turned itself entirely into fried chicken outlets.

Want to make the most of your leisure time? Save vital seconds by not saying ‘LEEEE’ the way a mum calling her kid in for his tea in the 1970s would.

For f**k’s sake. Craig and Greg are two completely separate names, but tell an American to email Craig and they’ll send it to Greg in the Birmingham office. But they’re both wankers’ names so it’ll probably be fine.