Man deeply disillusioned with state of world may just be hungry

A 27-YEAR-OLD man is either in profound despair over the chaos, injustice and insanity of the world today, or just hungry.

Procurement manager Stephen Malley’s existential angst is, he believes, because the world faces a future of escalating conflict, dwindling resources and political extremism, not because he skipped breakfast.

He said: “Wherever I look, there doesn’t seem to be any hope left.

“The refugee crisis, the failure to deal with global warming, and the mounting hunger for political change that just isn’t being satisfied.

“Minute by minute I’m more desperate about the terrible things that are happening. It’s gnawing at me inside. I can’t even think straight.”

Following a marketing meeting to which Malley’s only contribution was “What’s the point when you consider the situation in Yemen?” the disillusioned man headed to the canteen for a bacon sandwich and a Kinder Bueno.

Returning to his desk, Malley added: “Of course there’s fuck all I can do about it, so why worry? What’s everyone doing for lunch?” 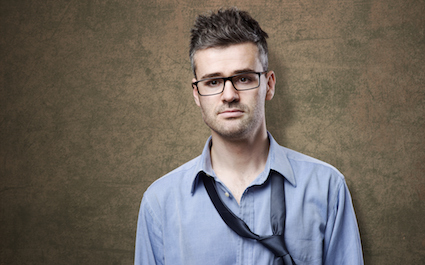 A GROWN man is in a huff because no political party exactly matches his views, it has emerged.

Graphic designer Tom Logan, 36, has told friends that if no party is willing to support every single one of his beliefs then he is not going to vote at all.

He said: “Where’s the representation for those of us who want grammar schools but also want to get rid of Trident? Or nationalisation of the railways and less foreign aid?

“I support the decriminalisation of cannabis, but not one major party does. It’s like they don’t want my vote.

“You’d think they’d do one of these focus groups, but just with me, then put all my ideas into their manifesto verbatim. But they haven’t got the vision.

“Looks like I’ll be sitting this one out. I’m sorry, but if they won’t make the effort why should I?”

Delivery driver Roy Hobbs said: “Ah well, more power to me. Let’s have a good hard Brexit and martial law while we’re at it.”