A MAN has discovered that going on an extreme diet to improve his health has the side effect of making him produce unbelievably weird shits.

Since embarking on a vegan raw food keto diet in a bid to get back into shape after Christmas, Jack Browne’s bowel movements have become frightening and unpredictable.

Browne said: “Smell, texture, colour, it’s all horrific. And freakishly different every time. Treacle toffee one visit and chicken korma the next.

“At one stage I didn’t go for six whole days, and then suddenly went nine times in 24 hours. Thank god I’m still working from home or I’d have been given a verbal warning for skiving.

“I thought losing weight in this way would give me more confidence and help me meet someone, but the one time I did go on a date she thought a sewage pipe had burst in the road outside. When it was in fact me.

“So I’m giving it up. Returning to eating crap may affect my health, shorten my lifespan and harm the planet, but at least I’ll be back to what’s normal: one big, painful log every three-to-five days.”

Six shows that were toss but had great theme tunes 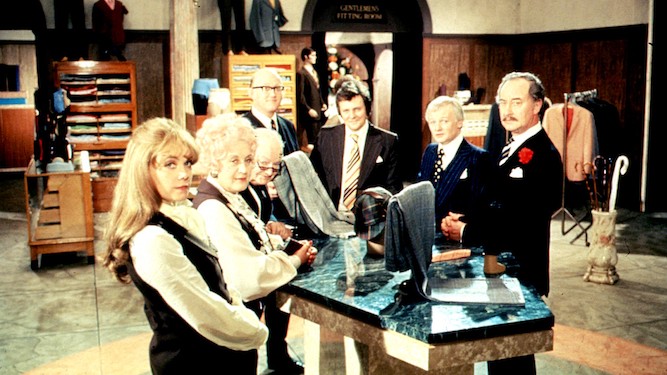 THE cream of television captivates audiences with good plots and characters. Or there’s these, which were total shite apart from their theme tunes:

Anyone who grew up in the Nineties will lose their shit if you mention this show and start singing ‘Have you ever, ever felt like this’ at the top of their lungs. But when pressed for further details about why it was good they will trail off and shrug because there was nothing else notable about it.

The nasal warblings of this children’s show theme was the equivalent of Subterranean Homesick Blues for generations of kids growing up in the 70s. Although in retrospect a theme tune which tells viewers to switch off their TV sets and do something less boring instead is too ironic to be truly vintage.

Are You Being Served?

This department store sitcom featured an innovative theme tune that sampled the clinking, ringing sounds of a cash register a year before Pink Floyd tried something similar in Money. Unfortunately, the show itself relied on tortuous double entendres about Mrs Slocombe’s pussy for humour, which is why nobody except your problematic uncle chooses to remember it fondly.

This finger-snapping theme tune for a cartoon about two private detective fish solving crimes in Seacago is seared into the deepest recesses of your memory because it’s just so damned catchy. But the show has never been made available on streaming platforms, speaking volumes about the dire quality of the actual content.

Gerry Anderson sci-fi series UFO lured viewers in with a funky, jazzy theme tune playing over clips of a futuristic defence agency that used space-age technology like reel-to-reel tape recorders and typewriters. Then it decked out female Moonbase personnel in purple wigs and skimpy silver uniforms to prevent you from turning over. And it worked, because you’re pathetic.

The title track from Soul Limbo’s seventh studio album is an upbeat steel drum number that will always get you up on your feet and dancing. So it’s all the more odd that the song is also the theme for the BBC’s cricket coverage, a programme so punishingly dull the tune is ruined forever by association.