A MAN is doing his level best to convince onlookers he is enjoying smoking a cigar.

Stephen Malley stepped outside to smoke the Cuban robusto along with other wedding guests and is doing his absolute utmost to feign pleasure at the experience.

He said: “This is great, like in The Godfather. Apart from the smell.

“I mean it really fucking stinks. What is it they put in cigarettes? Formaldehyde and whatever? If it stops them tasting like this it can’t be bad.

“And it massively hurts my throat. Are you supposed to inhale it? I tried and now I can only taste pain.

“At least it looks great, though. When the girls see how powerfully masculine I am with this big cigar they’ll flip their shit.”

Fellow guest Emma Bradford said: “They were all out there for 40 minutes with these massive cigars, then spent an hour coughing hackingly into napkins. Hilarious. We’re going to make them have Guinnesses next.”

Couple lower their standards enough to marry each other 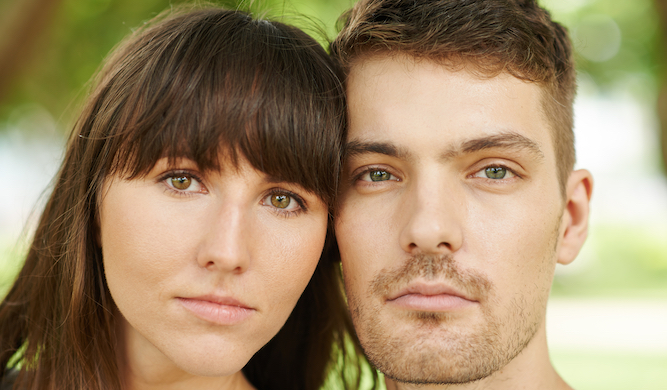 A COUPLE have separately decided to lower their standards for the ideal partner all the way to marriage, they have confirmed.

Both Tom Booker and Helen Archer had always hoped to end up with someone better-looking, funnier and more successful but have accepted that, as they are in their mid-30s, it is not going to happen.

Helen said: “My red lines were above six foot, runs his own business, like hanging out with a best friend. Tom’s five foot nine, sells his old Xbox games on eBay, and sometimes we get through a night without telly and without argument. He’ll do.”

Tom agreed: “Helen’s no Scarlett Johannson to look at, her sense of humour’s intermittent and emotionally she’s unavailable. But at the end of the day it’s probably better than being alone.”

Sociologists believe that significantly reducing expectations is the leading cause of marriage in the United Kingdom, with ‘concession marriages’ making up 75 per cent of the total.

Wedding guests have been asked to contribute to a honeymoon fund which will be spent on a holiday six levels down from the one Booker and Archer had always dreamed of.