A MAN is convinced his newfound commitment to drinking lots of water is genuinely interesting to other people.

Tom Logan chose ‘drinking more water’ as his new year’s resolution, but has since added ‘telling everyone about it’.

Speaking to a stranger on a bus, Logan, who paid £20 for a water bottle, said: “I make sure I have at least five litres a day. It just feels so good to be properly hydrated, do you know what I mean?”

After the stranger moved to a different seat, Logan waited for someone else to sit next to him, then continued: “I don’t take lots of big gulps. The key thing is to take little sips at frequent intervals.

“I have more energy, I’m getting more sleep and my skin feels wonderful.”

Second referendum to ask 'Do you want everything to be brilliant?' 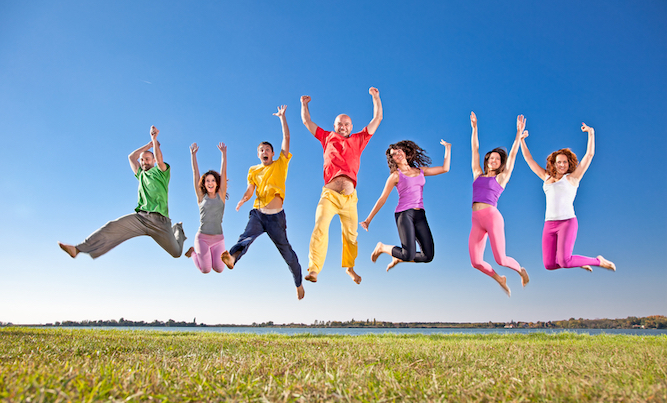 A SECOND referendum will ask voters if they want everything to be brilliant from now on or if they are against that.

The referendum has been agreed by all major parties because a win for the ‘brilliant’ vote will be a win for them, as that is exactly what they have been arguing for all along.

A spokesman for the Electoral Commission said: “It’s what the first referendum asked but this just makes it explicit.

“The Tories are confident that they’ll win, which would mean either May’s Brexit deal, a no-deal Brexit or no Brexit whatsoever, each of which they’ll have an overwhelming mandate for.

“Whereas Labour insist that a landside ‘brilliant’ vote would immediately install Corbyn in Number 10 with a 450 majority because a brilliant future can only be achieved under his firm-but-fair-but-fuzzy hand.

“Even the Lib Dems are backing it. Pathetic really.”

Norman Steele, from Hartlepool, said: “And once we vote that everything should be brilliant, it will be. Because that’s the will of the people.”