Medical Training To Cover Death From 2011

NEW doctors are to be trained how to spot death, the department of health announced yesterday.

The current medical degree concentrates on key practical problems for doctors, including the five essential differences between the Jaguar XF and the Lexus GS400.

Death is currently decided using non-scientific methods such as fixed, dilated pupils, the absence of a pulse or a failure to renew a subscription to Readers' Digest.

Henry Brubaker, head of death at the Institute for Studies, said: "Advances in modern medicine have made it increasingly hard to spot who is and who isn't dead.

"Millions of people who are dead are sitting around at home as if nothing has happened, creating a huge amount of wasted food and a reliable audience for Saturday night television."

Brubaker's team estimates it will take at least three years to develop a series of foolproof tests for death, which he hopes will catch out even the most cunning insurance fraudster.

He said: "First we'll dip their left hand in a deep fat fryer, and if that doesn't work we'll stick them in their soft parts with a red hot knitting needle.

"Our last resort is to get an Asian doctor to stand next to their bed, jabbering in Hindi and carrying a funnel and a hose."

Scouts To Get Badge For Playing The Biscuit Game 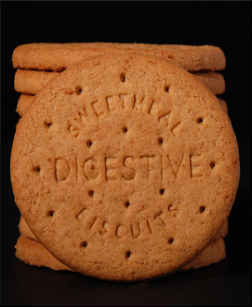 THE Scout Association is to formalise sexual education by awarding a badge for playing the biscuit game.

The game, also known as 'Soggy Biscuit', has been an integral part of the scouting movement since it was founded 100 years ago.

Since then generations of boys have been unable to look each other in the eye after witnessing one of their troop munch his way through a semen-covered digestive.

Now the association wants to offer scouts the chance to learn some of the key aspects of sexual health and reproduction while honing their biscuiting skills.

A spokesman said: "When a scout reaches the age when his voice is changing and his shorts are getting a little bit too tight, it's time to start thinking about sex.

"The biscuit game is a very useful way of making the scouts comfortable around each other's reproductive organs in a camp setting.

"In the past we have perhaps focused too much on core skills like abseiling, orienteering, kayaking and tree identification. Somewhere along the way we took our eye off the ejaculation ball."

He added: "The great thing about the biscuit game is that it's fun and it doesn't matter if you win or lose.

"Except, of course, that you absolutely do not want to lose."