A MUTANT strain of gonorrhoea has laid waste to large sections of Ibiza and is threatening to invade the UK this summer, experts have warned.

The new breed of clap, which has proven resistant to conventional antibiotics, has already razed several nightclubs to the ground and is currently encamped in San Antonio.

The giant gonorrhoea, named 'Crotchzilla' by locals, first appeared after strange glowing lights were seen in the sky over Ibiza Town last month.

Professor Henry Brubaker, of the Institute for Studies, said: "Radioactive germs must have attached themselves to the genitals of a local lothario, or skank.

"It will then have mutated to monstrous proportions in the dank, soggy heat of an Ibiza foam party."

One eye-witness said: "It was a bit like Cloverfield but with more suppurating genital sores."

The Foreign Office said it was now inevitable the monster would reach the UK hidden inside a set of holidaymaker's arsetraps.

A spokesman said: "We are at the mercy of Crotchzilla. All it will take is the combination of a warm, humid summer and our in-built need to fuck anything that moves after two bottles of pear cider."

Time Traveller From The Future Warns Of Terminator Sequels 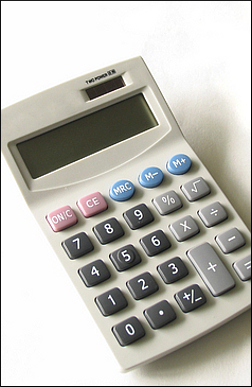 A HAUNTED-looking man arrived from the future last night to warn mankind of Terminator sequels so incredibly bad they will make you cry inside.

The gaunt, haggard stranger, known only as 'X', stood on a box in Trafalgar Square and announced he had come from the year 2057, where Terminator 328b: Big Robot Wank Thing has just gone on general release.

He said: "If you thought Terminator Salvation was a steaming pile of cinematic mule dung, this latest one is like being raped through your eyes by an army of insane monkeys.

"Terminator 328b is directed by McB, a genetic hybrid created from a mixture of McG's frozen semen and beaver DNA.

"It's about how John Connor's father's son's grandson's uncle's niece's nephew goes back to the future to shag his own nan, thus preventing the first calculator from being made. Or something.

"The main baddie is a big robot steam train with wings and a tail that flies around shitting nuclear bombs. It is played by Eddie Murphy."

X added: "And then there's a chase scene, but it's on tricycles, it's two days long and you're not allowed to go for a piss."

Before collapsing from exhaustion, X warned that in the future Terminator films are beamed directly into your cerebral cortex, often as part of a triple bill including Batman's Big Momma's House 18 and Indiana Jones and the Inner Tube of Hercules.