BEING ill as a child was made even worse by the godawful things you were made to take for it. Here are six vile ‘remedies’ your mum swore by.

Tasted like a Satanic blend of powdered chalk and strained cat vomit. You’d be forced to hold your nose and gulp it down either as a laxative or to treat excess stomach acid, when both were less unpleasant than drinking this puke. Truth be told, the mere sight of the white bottle would usually be enough to give you the shits without unscrewing the top.

Cuts and grazes were a part of growing up you didn’t mind too much – until your mother spotted them and insisted on smearing them with this liquid torture. You weren’t crying until it began to sting worse than cuddling a wasps’ nest, and then no-one would sit next to you in school all day because you f**king stank.

Ineffective pink emulsion weirdly used to combat chickenpox. It did almost nothing, apart from slightly reduce the itching for 0.005 seconds, and now you’d be painted bright pink from head to foot. With your spots filled with yellow pus you looked like a juvenile Mr Blobby.

The slogan ‘Lucozade aids recovery’ is the biggest lie in marketing history. Some people love it, but many hate it and it does taste weirdly like toilet disinfectant. It came in f**king massive bottles, which your mum would insist you finished even after you were better, because she’d bought it now and wasn’t pouring it down the sink. ‘It’s just like pop really’ she’d tell you, the massive bullshitter.

Nothing cured a bout of constipation faster than being threatened with the grim discomfort and downright embarrassment of having something resembling a WW2 torpedo forced into your unwilling arse. Didn’t do a lot in truth either, apart from leaving you with a hideously greasy bum the next time you went for a dump.

Why the national flagship isn't a massive f**king waste of money, by a patriotic idiot 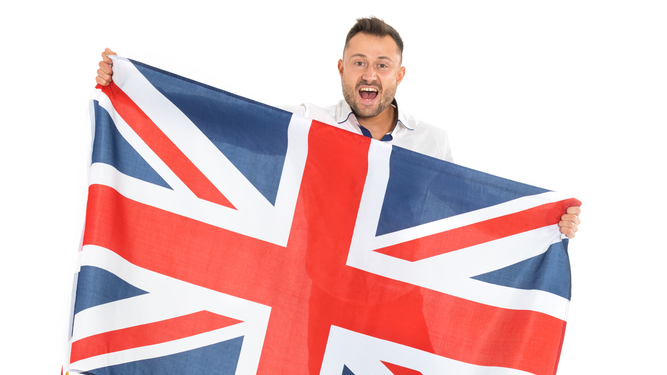 We need to rule the waves

As the song says, we need to have naval dominance or we’ll be slaves. And with the war going on there’s never been a greater need for an unarmed yacht with lots of flags on it. Russkie destroyers will take one look and leg it. They’re still shit scared of Nelson, probably.

It’ll be good for trade

As an island nation we rely on boats for imports and exports. So the national flagship could pay for itself as it picks up chicken from America, spices from India, and whatever we feel like plundering from Africa. (None of that EU rubbish, thanks.) Liz Truss could be captain and fill the national coffers sailing around the world selling cheese.

The Queen deserves it

The national flagship can double up as a Platinum Jubilee present for Her Majesty, meaning we don’t have to shell out for anything else. And considering the year she’s had, it’s only fair the Queen gets a decent prezzie. One look at those mighty funnels and she’ll completely forget about Prince Andrew being an ongoing source of national shame who owes her a fortune.

With Brexit continuing to play out in questionable ways, there’s a risk other countries might laugh at our self-made misfortune. But nothing says ‘everything’s going just fine’ like a big expensive boat that nobody asked for. How else are we going to hide our faded glory? Invading India again is probably a bit out of order these days.

What else were we going to spend £250 million on?

£250 million is peanuts. It’s not even what we used to send to the EU every week if that bus is to be believed. And don’t say we could spend it on the cost of living crisis. I’m sure that families struggling to heat their homes or feed their kids would prefer a hugely expensive distraction in the form of a boat they’ll never go near.