SCIENTISTS have confirmed that the only long term risk associated with mobile phones is gittishness.

After comparing hundreds of studies across the globe the consistent factors were rudeness, self-absorption and stupidity.

Professor Henry Brubaker, of the Institute For Studies, said: “Prolonged use will not give you brain cancer but it will make other people wish that it did.

“The only evidence of physical harm is being punched repeatedly in the face if you use one in a cinema. That man from Cineworld should not have dragged me off.”

Speculation on the possible effects of firing low level radiation directly into your brain has been rife for years amongst a public who think that watching Brian Cox on the television is the same as reading a book.

But the only visible symptoms amongst medium to heavy users were an inability to conduct a conversation with the person they were actually sat with and having more than 400 incoherent, Wikipedia-based opinions.

With over 80 million mobile phones currently being used in the UK alone, Brubaker warned that the country is sitting on ‘a ticking time-bomb of dickhead’.

He added: “Besides which, what possible reason is there to lie about a multi-billion pound, incredibly powerful industry that, if banned, would effectively destroy the global economy?”

'Cheery' tube driver actually a pain in the arse 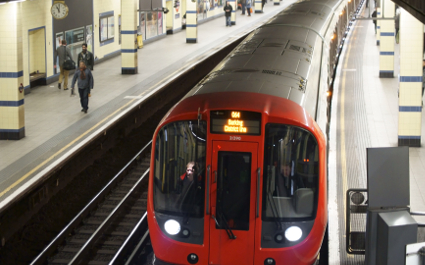 A LONDON underground driver who ‘cheers up’ commuters with his amusing asides is just a pain in the arse, it has been confirmed.

Research has revealed that the happiness generated by Northern line driver Bill McKay’s light hearted quips begins and ends inside his own head.

Commuter  Nikki Hollis said: “I’ve been getting this line for seven years, and every morning McKay greets me with a cheery remark aimed at bringing some sunshine to my day. I hate his guts.

“When I commute by tube, I just want to close my eyes and ignore the horror that surrounds me, not be forced to listen to some self-effacing banter about ticket prices from a bastard.”

Roy Hobbs, who travels from Brent Cross to Goodge Street, added: “When the train stops in a tunnel for no apparent reason, the last thing you need is some fucker making a shit joke about vampires.”

McKay remained oblivious to his passenger’s hate-filled misery, adding: “I might start telling them how much I get paid.”