A NEW smartphone app claims to be able to unerringly locate the G-spot which brings women to so-called ‘multiple orgasms’.

The 99p app, available for Android and iPhones, uses sonar technology to map the vagina and locate an area of sensitive tissue.

This can then be displayed on screen as a 3D touch-sensitive map, or the app can be set to give verbal directions.

A Google spokesman said: “The £5.99 a month upgrade gets you unlimited uses, cloud memory to save maps of up to 1,024 vaginas and celebrity voices, including Snoop Dogg.”

Technology consultant, Tom Booker, said: “It takes ages to locate the vagina – if it finds the right one. I spent 10 minutes following directions to the G-spot only to discover it was calibrated to the fanny of the woman next door.

“You have to turn GPS on, which really drains your battery, and you can’t use it with the charger plugged in without the high risk of electrical burns. Did they even bother putting this through beta?

“What’s more, Google doesn’t tell you that the app collects data about all the vaginas it scans, so only use it if you’re comfortable with the dimensions of your wife’s fandango being used for targeted advertising.”

Sales assistant Joanna Kramer said: “It requires a bit of fiddling about but once you get used to it, it works quite well. I came six times.

“But it’s still not as much fun as Draw Something.”

Britain borrowing way too much stuff 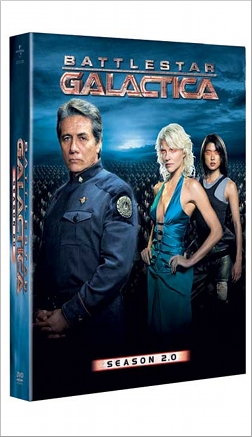 BRITAIN’S borrowing is out of control, with clothes, DVDs and cookware topping the list of things that need to be given back.

A recent spring clean has uncovered boxes full of borrowed items which are taking up valuable space in the flat which Britain could really use for its own stuff.

More than 60 DVDs, including The Pursuit Of Happyness and The Transporter 3, have been identified as belonging to friends or acquaintances, but Britain has little idea who.

Tom Logan, from Hatfield, said: “I think these Battlestar Galactica box-sets belong to Gareth but if I try to give them back he’ll ask me if I watched them. And who the fuck lent me Paranormal Activity?

“Who do these books belong to? Why have I got three copies of The Girl Who Kicked The Hornets’ Nest? Will anyone mind if I give them to a charity shop or put them in the bin?”

Other borrowed items include a 2002 Barcelona away shirt thought to have come back from five-a-side, a hedge-trimmer with a severed power cable, the purpley-red coloured Trivial Pursuit and 17 casserole dishes.

Economists believe this level of borrowing is affecting growth because Logan’s girlfriend Emma Bradford is refusing to let him get any new stuff until all this other shit has been got rid of.

Meanwhile, Bradford has her own collection of borrowed items, including a Babyliss hairdryer that no longer has the volumising attachment and a pair of gold gladiator sandals with stains on them that might be blood.