A WOMAN who often despairs at the state of the world finds comfort in the fact that she never has to do PE again.

Sarah Bishop, 31, regularly worries about nuclear war, the dismantling of the NHS and air pollution, but eases her anxities by reminding herself that being forced to play hockey with teenage psychopaths is now firmly in the past.

Bishop said: “The world is going to shit and I have to spend every day doing a job I hate with people I want to punch, but it all floats away like when I remember that I don’t have to be smashed in the face with a netball anymore.

“By comparison, experiencing the world sliding into an endless right wing nightmare is actually less harrowing. The Tories might want to make me poor, ill and scared of foreigners but at least she won’t make me do a cross country run.”

A Conservative spokesman said: “Cross country running will be mandatory for everyone.” 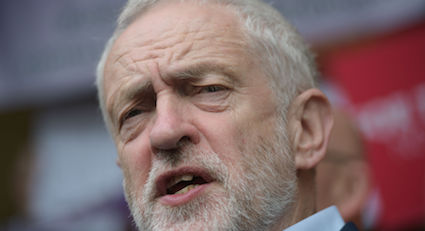 JEREMY Corbyn has been branded a danger to British children after unveiling a demented plan to spend more money on their education.

The Tories said the Labour leader’s pledge to spend an extra £20bn on educating people proved once and for all that he is a gibbering lunatic who wants to set fire to every single school in this country while cackling like Satan.

Education secretary Justine Greening said: “Any idiot knows that the best way to educate children is to spend as little money on it as you can possibly get away with.

“We will pursue a sensible, well-established education policy of dicking about with schools until the whole system is completely fucked up.

“And then we’ll do it all over again.”

She added: “And we will do this by cutting corporation taxes for deeply patriotic multinational firms who just want to fire their army of cheap labour and replace it with robots.”