BRITAIN'S orange people are to be banned from enclosed public places under tough new laws, it emerged last night.

The department of health is drafting legislation which will create a new offence of being bright orange in a bar or restaurant, a ban on being orange near a school and a new tax on the ultra-violet end of the spectrum.

Ministers stressed they are not anti-orange people and said the rust-coloured will be given access to counselling and be offered a patch which gradually turns them the colour of milky coffee.

A spokesman for the Campaign to Restrict Immoral Sunbed Practices (CRISP) said: "The excessively-tanned give off a toxic mixture of more than 800 carcinogens and their bright orange hue can trigger epileptic seizures.

"We also want a ban on being rust-coloured behind the wheel of a car. And then of course there's all the children."

Emma Bradford, from Stevenage, said: "I think it's a great idea. I hate going to the pub and then coming home stinking of fluorescent tubes."

But critics say the ban could lead to the orange people standing outside pubs if only the British weather was not so consistently awful which is probably why they use sunbeds in the first place. 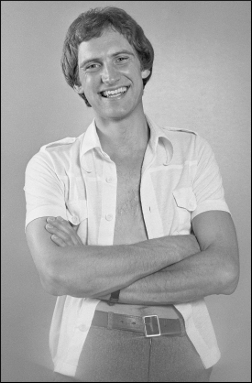 A NEW reality TV show will follow 10 reality TV producers around for three months to discover what on earth goes on in their minds.

Executives responsible for shows such as Extreme Victorian Kitchen Swap, Ibizan Teenage House Kitchen and I'm So Fat, Swap Me For a House, will live together in a North London loft conversion while viewers watch them lazily rehash each other's ideas over and over again.

Channel 4 commissioning editor Charlie Reeves said: "We've got Giles, a morally bankrupt cocaine addict, Sebastian, a hooting, prurient moron and Kathy, who wants to bring back Simon Groom and looks like a prostitute for clowns."

The contestants will lie around on sofas, drinking cases of Cloudy Bay and discussing the exact moment when they realised that celebrities from the 1980s could be paid to do things they do not normally do.

Tasks will include developing a format with eight entirely separate premium rate phone lines and devising 14 new ways to keep Justin Lee Collins from going back to work at the cider factory.

Reeves added: "We strongly suspect that one of the ideas will be to wait for six months and then get Justin Lee Collins to reassemble them in the same loft and re-enact the whole thing all over again."

But Julian Cook, the executive from RDF Television who commissioned Live Celebrity Cock Swap, said: "We should have two lofts and then half-way through we should do some sort of swap. Why hasn't anyone thought of this before?"

News of the series comes as the last remaining Big Brother viewer left his house, went into his back garden and started poking at a dead squirrel with a knitting needle.