NHS to export death in a corridor

MARKETING consultants are to sell NHS neglect to foreign countries.

Hospital chiefs have been told to generate income by offering their brand of wholesale mismanagement to third-world countries who wastefully allow their citizens to die at home for free.

An NHS spokesman said: “The basic package is a six-month wait to meet a consultant who tells you to lose weight, stop smoking and get out of his office.

The deluxe service includes a mixed-sex ward, contracting MRSA in your forties and having money stolen from your purse in a nursing home just before you die.

Slogans to market the NHS abroad include ‘From the cradle in a broom cupboard to the negligent grave’ and ‘Your life in our hands, which weve possibly washed’.

A corporate video has also been produced by the team behind Eastenders, showing potential investors the profitability of running a ward with one terrified medical intern, two exhausted nurses doing 18-hour shifts and a bemused Nigerian cleaner occasionally drafted in to wield a catheter.

The main market is expected to be the third world parts of United States among poor people who refuse to accept sub-standard health care for free.

“Now, how much to amputate my good leg?”

Speculation continues over what the fourth G is 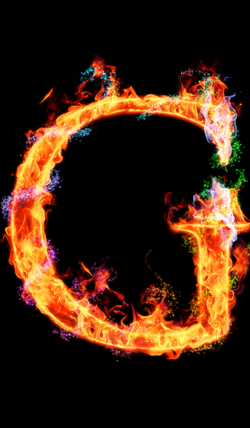 THE precise nature of the ‘fourth G’ has sparked a new round of speculation among smartphone host bodies.

Whatever 4G is will be launched in September and experts have warned that many 3G shiny things could be abandoned or more likely placed in a bag with a brick at the bottom and thrown into a river.

Previous theories that the latest G stands for ‘Gandalf’  or that it is simply a letter ‘G’ made from wood that you wear as a pendant have been dismissed.

But iPhoneist Wayne Hayes said: I think the 4G will mean Ill be able to phone famous people from throughout history, but Im hoping it will give me the power of invisibility.

I want to go on record as saying I will use my new G for good rather than evil, whatever it turns out to be. With four Gs comes great responsibility.

The forum MyShinyThing.com has been awash with theories about the new G, with suggestions ranging from increased sexual potency to the ability to create real-time in-message message messages.

One user, Sheeple69, claims to already have 4G working on a phone his father bought in America, but when challenged said it was at his nans house and he had signed a privacy agreement with NASA.

It is hoped the launch of a new G will boost the economy as new shiny things are purchased to accommodate all available Gs, with 17 more Gs to be introduced over the next two years.

Hayes added: I cant remember a time when my phone didnt have Gs but Im sure that when it has four I will finally, truly be happy.