STUDENT nurses are to be recruited from the society pages of Tatler after the withdrawal of bursaries.

Following the government’s decision to remove financial help for nursing students, all new nurses must be able to prove they are independently wealthy and own at least one horse.

NHS recruiter Eleanor Shaw said: “We’re setting up stands at Glyndebourne, Henley Regatta and on several leading grouse moors, and we hope to have 1,500 braying Sloanes on staff by October.

“Channel 4 is already making the mash-up 24 Hours in A&E in Chelsea, where Binky treats a pensioner’s fistula while rowing with Jamie about choosing a party caterer by Skype.

“Soon, every British person suffering a serious illness will be treated by a guffawing privately-educated rah with an overbite who’s only doing this because PR is so over.”

Mary Fisher-Archer of Knightsbridge said: “Oh wows, you’ve broken a hip. How awfully awful for you.” 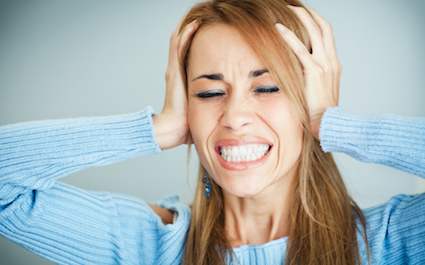 THE RESIDENT of the flat next door likes the song that goes ‘dun dun dun, dun-dun dun-dun dun dun’ so much she is playing it over and over again.

Leeds resident Emma Bradford’s neighbour recently discovered the piece of music, thought to be a dance hit, and has decided it makes the perfect soundtrack to her life from 8am through to at least 2am.

“Personally I like Oh! You Pretty Things by Bowie, but I have to say I’ve never listened to it repeating on full blast for hours on end, so by that criteria it’s by far the inferior track.”

Neighbour Nikki Hollis said: “I did think I heard someone banging on the wall. Probably next door wanting to know what this brilliant tune I’ve been listening to is called.