Only unappealing 'own brand' fizzy drinks allowed on sale

FIZZY drinks must be drab ‘own brand’ versions, under new plans to cut child obesity.

Popular brands like Coca-Cola, Pepsi and Fanta are to be withdrawn from supermarket shelves, leaving only stores’ shit-looking versions that no child on Earth wants.

A government spokesman said: “Everyone who’s ever been to school knows that shop-brand fizzy drinks, with names like ‘Low Calorie Lemonade’, ‘Farm Ginger Ale’ and ‘Fizzy Orange’, are inherently unappealing and drinking them makes you a social pariah.

“With their unimaginative branding and overall lack of any marketing concept, they smack of ‘loser’. You probably wouldn’t drink them and nor will your kids.”

Scottish border guards would force Englishmen to squeal like a pig 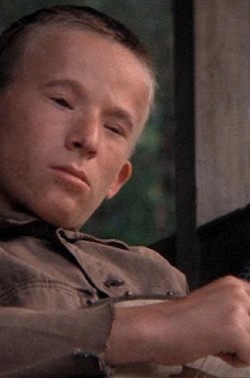 AN independent Scotland would have border checkpoints where guards would force English tourists to squeal like pigs.

A leading academic warned the move was inevitable because of European laws and Scotlands innate hostility towards sophisticated outsiders.

Professor Henry Brubaker, of the Institute for Studies, said: The guards will ask to see your passport and then giggle at you menacingly. Particularly if you are a chubby male – with a pretty mouth.

You will then be told to strip to your underpants, forced on to all-fours and ordered to squeal.

What happens next is best left to the imagination.

A Scottish government spokesman said: We do not foresee the circumstances in which an independent Scotland would have border guards, but if we did, it is unlikely they would force anyone on to all-fours.

They may tell someone they have a pretty mouth, but they wouldnt do it in a threatening or ominous way.

They would probably say something like, everything seems to be in order here and, if you dont mind me saying so, you have a very pretty mouth.