Pegida also the name of a sexually transmitted disease

ANTI-ISLAM group Pegida shares its name with a type of nasty groin rash, it has emerged.

Doctors confirmed that pegida is a ‘sexually transmitted inflammation caused by tiny mites who travel down pubic hairs to burrow into the skin’.

GP Mary Fisher said: “When I saw those chumps on the news having a ruckus, I knew the name was somehow familiar.

“‘Pegida’, I thought, had to be either a type of piles ointment, a yeast infection or some other embarrassing type thing. I consulted a medical textbook and there it was.”

Pegida sufferer Tom Booker said: “I caught pegida from a girl I met at Aces nightclub in Gloucester. It’s not serious but it’s a bitch to get rid of, you have to get a special cream that smells weird.”

Sound problems at Grammys caused by poor quality of music 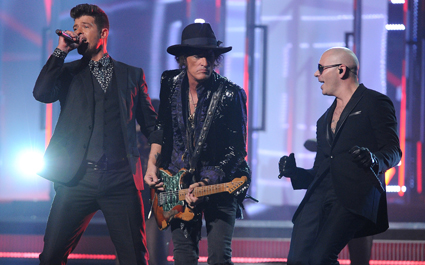 GRAMMY Awards organisers have apologised for sound issues that were caused by the music not being very good.

Viewers complained after performances by Adele, Justin Bieber and Pitbull during which something seemed to be fundamentally wrong.

A Grammys spokesman said: “We apologise to anyone watching at home who experienced unexpected levels of mediocrity.

“We strive to bring your the very best performances but obviously we have to balance that with the economic needs of vast entertainment corporations.

“Their relentless pursuit of the lowest common denominator can result in a cold, machine-like kind of song that is not especially fun or pleasing, especially when performed live.”

Taylor Swift received the Best Album award for 1989, a musical sequel to George Orwell’s novel 1984 about a factory worker living under a totalitarian regime who is imprisoned for having a sleepover with her BFF.