Please, please stop us drinking beer in airports at 6am, say Britons

BRITISH air travellers will accept any regulation that stops them drinking full pints in airport bars at 6am, they have confirmed.

Proposals to review alcohol sales in airports have been welcomed by millions who drank a Guinness alongside their full English breakfast and hated every mouthful.

Stephen Malley of Mansfield said: “I got up at 3am, had the cases in the car by quarter past, checked in at half-four and by 5.15am I was staring at a pint of Fosters as if it was a good idea.

“It was wrong, it was disgusting, and for the first four days in Malaga I had to switch to spirits, but I’d do it again because that’s what British people do in an airport at dawn.

“Whole stag parties were there, pints lined up, sipping and wincing. Even business travellers had no option but to heed the call of the open bar.

“I choked back that pint of Fosters. I ordered another. I had no choice. I was going on holiday. 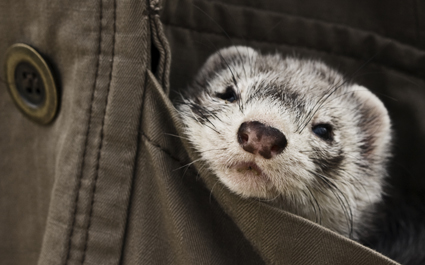 A SMALL boy with a pet ferret has confirmed that it is far better than any Pokemon.

10-year-old Tom Logan’s grey ferret ‘Gef’ is a real life mini-monster that lives in his pocket and is always primed for combat.

He said: “The whole idea of Pokemon is just a shit pretend type of ferret-keeping for people who are scared of getting the tips of their fingers bitten off.

“With a ferret you get all the fun of having a small, hostile creature with a weird-shaped body, and you get the fun ‘treasure hunt’ element because ferrets are always running away to hide in dark places.

Logan’s schoolfriend Martin Bishop said: “We used to tease Tom for being a scruffy loner who wears a massive wax jacket even in the summer.

“Then we realised he had a real monster in it, and compared that to our lame electronic equivalent, and realised he is awesome.”