THE ponciest areas of London are to be placed in permanent lockdown, it has been confirmed.

Several areas of the nation’s capital will now see their residents quarantined for good to contain trendy wankers and prevent the spread of dickishness.

A government spokesman said: “After careful modelling, we see no other option. Access in and out of these areas will now be extremely limited to stop any twattishness seeping out and infecting the rest of the country.

“The East London lockdown, from Hackney to Dalston, will save the country from the painful, irreversible effects of exposure to spoken word poets, DJs and bloggers living off allowances from their parents in the Home Counties.

“Meanwhile, the West London lockdown, which affects Kensington, Fulham and stretches into Chiswick, will see an immediate nosedive in the general public’s risk of encountering pastel chinos, the word ‘bantz’ and creepy people who have probably featured in Made in Chelsea.

“Nothing to do with Covid-19, they’re just knobheads.”

Colleagues vs your children, which are worse to work with? 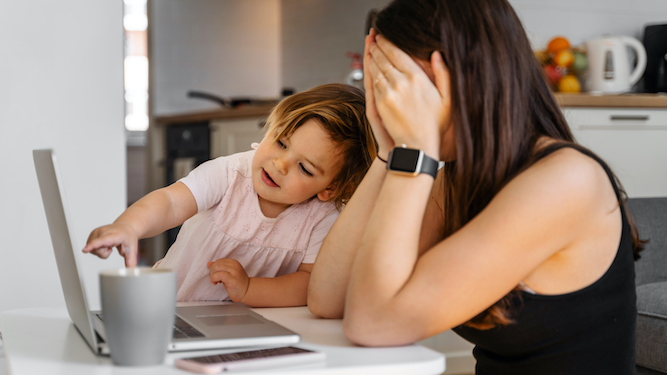 YOU don’t get to choose your colleagues or your children but this year you’ve had to work with both. Which are more irritating?

In the office you may have to stare at a desk covered in crumpled Post-its and withered apple cores, but at least there is zero chance of treading on a piece of Lego in your bare feet. Verdict: Child

Watching your child hurl beans around may be infuriating, but at least you’ve got a basic biological urge that makes you like them, sometimes. Unfortunately there’s no such urge when you have to witness Duncan in sales chewing his way open-mouthed through a salad like a lobotomised horse. Verdict: Colleague

Hearing a child repetitively describe the sounds farm animals make will make you long for actual conversation. Though after a few days of hearing every minor detail of Janet’s opinions on having to wear a face mask in Tesco you may change your mind. Verdict: Child

While your children may often reek of their own excrement and ‘forget’ to tell you when they accidentally had to do a wee in the airing cupboard, at least they will never microwave tuna in the communal kitchen. Verdict: Colleague

Give a child a phone and within minutes they’ll have figured out how to watch Paw Patrol and hack into your online bank account. They learn fast. If only the same were true for Terry from accounts who unfailingly demands help every time he needs to send an email attachment. Verdict: Colleague

Overall winner: Colleagues are the most irritating, and what’s worse is that you don’t have the power to send them to the naughty step every time you want a moment of peace.