GOOD day. I regret that anyone planning an elaborate summer holiday, intricate and impenetrable as the Gordian knot, should cancel it. Let me explain what’s advisable:

An ironic zeitgeist-themed trip around the world’s Covid hotspots would be witty, apposite and elaborate to the extent of being illegal. It would be a nightmare to organise and would end on a massive downer in the form of Kent.

Following the England team around Europe

If Euro 2020 takes place in 2021, that’s already illogical. But following them around the continent like the daughter planned to do with U2 in the film Taken would be senselessly elaborate, crossing borders, spreading Covid and creating new variants. Also England will not win.

Two weeks in an all-inclusive on the Costa del Sol.

While this is not a holiday that previously would have been considered elaborate, and indeed I would have referred to you as a ‘basic bitch’ on hearing of it, travelling between countries is now elaborate by default. This does not mean you are in any way sophisticated or classy, just that standards have fallen.

A campervan tour of the British Isles

While at least restricted to a single country, remember that Northern Ireland no longer counts as part of the UK because Boris wanted to get a quick win on the board back in 2019. Staying in multiple locations is needlessly elaborate and the experience of being in a campervan is anyway like quarantine, but with less room.

Camping in your own back garden

Erecting a tent in your own garden and then sleeping in it is senselessly elaborate while your house is right there. The Covid risk is virtually zero, but ask yourself: what are you hoping to achieve? Stop wasting your time and get inside. My briefing is on at 5pm.

Who are you absolutely bloody outraged to see getting the vaccine before you do? 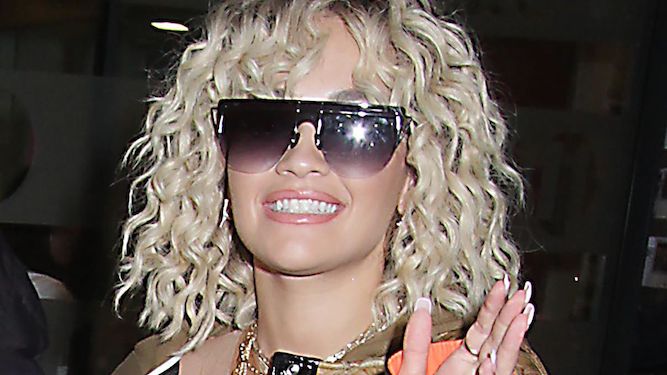 BRITONS queueing for vaccines are livid that the less-deserving are jumping the queue while they sit at home waiting for letters like idiots. Who are you most angry about?

From Gary Glitter to anyone else serving time at Her Majesty’s Pleasure, it is a crime against decency that criminals are getting vaccinated before you. Mealy-mouthed excuses about ‘protecting prison staff’ mean nothing. The only injections inmates should be getting are lethal.

A lot of people think the Duke of Edinburgh shouldn’t have been vaccinated – not because he’s a royal, but because he’s a vampire. Philip has beaten off every disease known to man during his 132 years on earth. It’s highly likely he still has antibodies from the Spanish flu coursing through his veins. His vaccination will only have made him stronger.

Rita Ora loves two things: being in adverts and breaching Covid regulations. The Masked Singer judge has become an anti-social distancing ambassador over the past year. And now there are unsubstantiated rumours she’s vaccinated, which would be even more infuriating than her 30th party. She’s in Australia now, laughing at you.

Many feel that Pope Francis simply didn’t require a coronavirus vaccine. He is, after all, equipped with the most powerful protection against disease in existence: the blessings of God.

Ken Barlow easily fits into the vaccine priority groups, but should a fictional character from Coronation Street really be getting the vaccine before you? Despite a lot of anger, many fans of the soap were delighted to hear their favourite character was getting vaccinated. EastEnders fans continue to wait in hope for news about Ian Beale.

This one really takes the biscuit. It’s one thing inoculating living crooks and killers, but why on earth would they dig up Nilsen’s corpse and administer an initial shot of the Pfizer vaccine? Not even the Oxford vaccine but the good one. It’s beyond belief that something that clearly hasn’t happened has been allowed to happen. Call local radio, quick.