Public reminded not to leave goths in hot cars

THE public has been reminded they should never leave goths alone in a car on a hot day because it can be fatal.

Goth expert Dr Helen Archer warned that pale-faced gloomsters risk overheating even if you park in the shade and leave the window open a crack to let a cool breeze in.

Archer said: “This is the most dangerous time of the year for melancholic weirdos who stubbornly wear ball gowns and cloaks in 30 degrees heat, and cars only compound their suffering.

“Vehicles quickly become as hot as ovens and before you know it goths will be sweating off their makeup, which will make them properly sad instead of just pretend sad.

“You might think you’re doing the right thing by leaving them to wallow in their pain and torment in the back seat with a Siouxsie and the Banshees CD, but you’d be better off taking them for a walk around a crypt or a haunted castle.

“I’d also recommend keeping a pewter chalice filled with cool Ribena on your person too. If they’re reluctant to drink it say it’s blood and watch them down every last drop.”

Goth Wayne Obsidian-Ribcage said: “Thanks to Helen’s advice thousands of goths will lead long and happy lives thinking about death.”

Seven universities to avoid in clearing, by former students 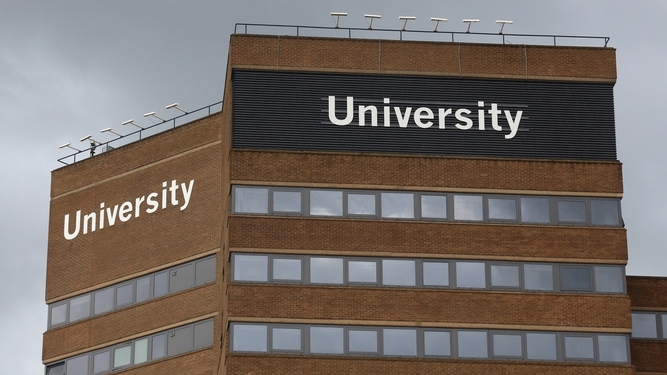 IF you got bad estimated A-level grades because house prices are low in your postcode or whatever, you’re going through clearing. But first heed the words of these alumni.

It’s not really in London. They keep that f**king quiet. It’s miles out, but the accommodation still costs a bomb, and real London students won’t hang out with you. They laugh at you when you have to leave clubs to get the night bus.

You might be fooled by the prospectus boasting about how close it is to the Lancashire coast and the Lake District. They don’t mention the whole university’s a brutalist concrete structure resembling a multistorey car park with dodgy drainage. Dreaming spires it ain’t.

If posh twats can’t get into Oxbridge, Durham, St Andrews or Exeter, they come here and ruin everything with their braying voices. None of them will talk to you. All I learned was the importance of class war.

We’re not students, we’re prey. Nottingham’s nice but our role is to get mugged and burgled for three years straight. One burglar woke me up to complain that I hadn’t got anything worth nicking. I explained I’d been burgled three times already that term and he called me a wanker.

Nobody wants to come here. That’s the truth of it. We’re the second best university in Leicester. Even students at Loughborough look down on us. With De Montfort on your CV a life of mediocrity is your destiny. And I’m a massive optimist.

Honestly I’m not even sure this is a university. They take your money but there’s no campus, no lectures, no seminars and no coursework. A third year says they call just before graduation and you can choose a degree in any subject you want. It’s f**king great.

If you’re considering Hull then you haven’t got any other options. Everywhere else has turned you down and it’s your only hope. The bitter, contempt-filled racist Philip Larkin used to be our librarian though. Now I think about it, that’s probably not a selling point.