POPE Benedict last night claimed that placing a bible over an erect penis before intercourse is the only guaranteed way to prevent the spread of Aids.

Speaking before his tour of Africa, the Pontiff said Aids could only be tackled by the 'traditional teaching of the church' and not a latex rubber sheath that contains infected semen and prevents it from transferring the virus to another human being.

Experts said that either the Pope is suggesting the bible is used like a condom, or he doesn't know what a condom is.

Dr Emma Bradford, of Reading University, said: "I guess you would have to rip out a few pages of Leviticus and then somehow fashion them into a condom-like device using lots and lots of masking tape.

"Or you could shred the pages, soak them in water and construct something that looks a bit like a paper maché cigar tube."

Dr Bradford added: "It has to be one of those two because suggesting that the African Aids epidemic can be contained simply by reading the bible would be criminally insane."

Since his inauguration in 2005 the Pope has continued the Church's strong opposition to condoms by calling for abstinence, supervised heavy petting and whacking it repeatedly with a wooden spoon until it goes all soft again. 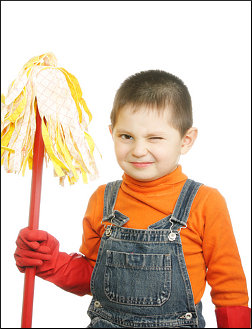 Stafford Hospital pioneered the introduction of a doctor-free health system by filling all its senior surgical and medical positions with bean bags, the semi-literate children of Bulgarian immigrants and enthusiastic local dogs.

One of its main innovations was a drive-in morgue which allowed ambulances to deposit live patients directly into the mortuary, sometimes days earlier than would have been the case had they just been left to die in a corridor in line with NHS targets.

However, a report by the Healthcare Commission found that a handful of Stafford patients did recover, either by throwing themselves out of the ambulance before arrival or by using knotted sheets to escape at night.

But the Commission also stressed that all the treatment options offered by the Mid Staffordshire NHS Trust guaranteed a better chance of recovery than rubbing a bag of pot pourri into the top of your head.

A spokesman added: "The untrained dog of an untrained receptionist can still spot who has the required amount of limbs and then at least try to staunch the bleeding.

"Meanwhile a cleaner with a bucket of Domestos can disinfect a wound and then use a J-cloth as a bandage to lower the risk of secondary infection.

"However, a homeopath, when faced with the same situation will apply a thin paste of calendula to the bleeding stump and then blame the patient for having bad chakras when he goes into a coma and dies or is subsequently devoured by a flesh eating virus.

The spokesman added: "Prince Charles really is full of shit, you know."