Brown Apologises For Not Being Even More Intelligent

GORDON Brown today apologised for not being even more intelligent than he so obviously is.

The prime minister said that while he had been amazingly clever and much cleverer than anyone else, he could have prevented the financial crisis by being even cleverer than that.

Mr Brown told the Guardian: "I'm so clever I know what you're going to say even before you say it. I'm so clever I can read two books at the same time. The one in the toilet and the one next to my bed.

"But if only I had been clever enough to realise that capitalism involves some risk and that maybe something could be done to minimise that risk such as rules that stopped banks from lending money to people who couldn't afford to pay it back.

"But that would have taken a super-human degree of intelligence. Not even ET or one of those big, scary computers that can play chess could have worked that one out."

The prime minister also said the era of laissez faire capitalism was over but insisted it would not be replaced by so-called 'big government', adding: "I don't know what we'll actually call it. Maybe 'fat government', or 'chunky government'.

"My personal favourite is 'so-powerful-you-won't-be-able-to-go-for-a-piss-without-my-permission government."

Mr Brown's critics are now expected to spend the next two weeks debating whether an apology for not being even cleverer amounts to an actual apology.

Psychologist Dr Tom Logan, said: "I'm afraid this is closest you're going to get to an apology from someone who is now clearly in need of immediate hospitalisation." 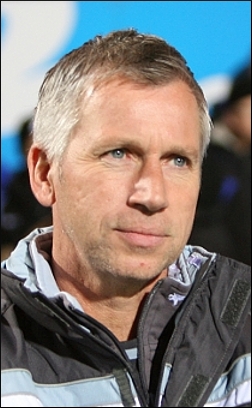