Recession not stopping Britain from stuffing its fat face

RECESSION, austerity and reduced spending power have not stopped Britain from ramming calories into the front of its head, scientists have confirmed.

New research has found that Britain is now so thunderously huge that treating diabetes will soon cost £17bn a year that we absolutely do not have.

Tom Logan, from Hatfield, said: “I could lose my house, which would be really bad because that’s where I keep my fridge.”

Martin Bishop, chief economist at Madeley-Finnegan, said: “As well as being bad for you, food also has a very slim profit margin, so instead of turning yourself into a heaving, insulin-deficient mess, buy something from Currys with an outrageous mark-up.

“The NHS isn’t going to hospitalise you because you think buying a 3D television is a really good idea. They should, but they won’t.”

Logan added: “I know that if I stopped eating so much I would have more money and I’d be healthier so the NHS would cost less and taxes would be lower and I’d have more money.

“But I’ve bought all this cheese.”

Even Chelsea fans a bit disappointed 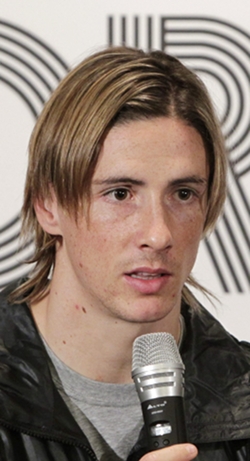 The west London club won an epic battle at the Nou Camp as it emerged that Fernando Torres had not been offloaded to some Japanese team in the middle of November.

The Spaniard came off the bench to score the crucial goal after Chelsea were reduced to 10 men when John Terry put his flowing, imaginative knee into the middle of someone’s back.

But the two-leg victory means that instead of crowning Lionel Messi’s remarkable year at Barcelona, European football’s end of season showcase will once again be a ringing endorsement of Russian oligarchy.

Owner Roman Abramovich said he was proud that his team was now established firmly as the Anti-Barcelona, adding that he was particularly delighted that none of the current squad would have to form the foundations of his latest house.

Chelsea fan Roy Hobbs said: “I suppose it’s quite good. I’ll probably watch the final if we get Real. Not so keen on Chelsea-Bayern Munich. I’ve a feeling that could be a bit workman-like.”

Bill McKay, added: “I’m a Chelsea fan because I like talking about fights I’ve never actually had. But at the same time I do quite like football, so I’m feeling conflicted.

“Though not as conflicted as when this fucking Gooner came at me with a sword.”