Single people sick of being told sex is good for them

PEOPLE who are not getting any sex are tired of hearing about the health benefits of lovemaking.

Multiple reports showing that sex has health benefits, including preventing cancer and stimulating brain growth, have been greeted with dismay by shagless people.

Office worker Stephen Malley said: Not only have I not had sex for three-and-a-half years, now Im going to get cancer and my brain is going to shrivel like a prune.

“Sex isn’t like salad, you can’t just decide to start having it. Well you can but visiting prostitutes four times a week has its own health implications.

“Can’t someone do a report about the health benefits of being addicted to internet pornography? Or the less positive aspects of relationships, like how your partner is the person mostly likely to murder you.”

Scientist Donna Sheridan said: The last thing we want is to cause concern to anyone who isnt in a sexual relationship.

“Theyve got enough to worry about with all the loneliness, near-unbearable frustration and living vicariously through soap opera characters.” 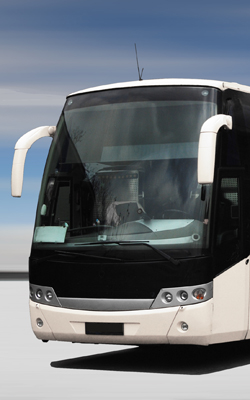 CHELSEA’S team bus has demanded a transfer after being left out of the team facing Manchester City last weekend.

Most experts expected the luxury 55-seater to start Sundays top of the table clash at the Etihad Stadium, having proved central to Chelseas matches against Arsenal, Manchester United, and Bayern Munich.

But Chelsea boss José Mourinho sprung a surprise by fielding a team of eleven relatively small but agile humans, leaving the bus distraught and considering its future.

The buss agent said: It has always done everything asked of it, from parallel parking on a wet Tuesday night in Hull, to blocking the goalmouth like a vast force field of gears, metal and wipe-down leather seats.

Parked buses have been the basic ingredient of every Mourinho team, and for him to leave it in the car park for the full ninety minutes is an appalling insult to a faithful servant.

Dismayed Chelsea fan Tom Logan said: If our team isnt going to base its tactics and identity on the fundamental immobility of a ten-tonne vehicle, then I just dont know what the worlds coming to.

Next thing one of our strikers will score an actual goal in an actual game of football.

The bus is expected to seek a move to Stoke City, where for once it wont be the largest, least mobile thing on the pitch.