Six bedtime habits to leave you knackered the next day

A ILL-JUDGED bedtime routine can ruin the whole of the next day. These simple habits will ensure you wake up completely buggered from the outset:

It may begin as one biscuit, but before you know it you’ve polished off the leftover curry and followed it with a family-sized bag of Kettle Chips. The subsequent gut hangover will completely ruin your morning while leaving you deeply ashamed.

Just one episode, then the next, then you’ve binged five hours and it’s 3am. Go for a true crime series and even when you do tear yourself away to collapse into bed your mind will be racing with the gory details and you’ll be too disturbed for a wink of sleep anyway.

Knocking back a strong coffee late in the evening will perk you up a little, but only a little. It’ll also leave you grinding your teeth until dawn with only occasional interludes of disturbed sleep where you’re dreaming you’re still awake.

Tell yourself you’ll just take a quick glance at Facebook on the loo and you’ll wash up in bed three hours later with throbbing haemorrhoids, five new conspiracy theories to mull over and an old schoolmate’s success to lie there resenting.

The thought of a soporific shot of whisky or relaxing glass of red may make you feel like you’re Don Draper or a sophisticated continental, but things won’t seem so suave and romantic when the alarm goes off the the morning and you feel old, groggy and shit.

There’s nothing like 11pm as the moment to start Marie Kondoing. Once the fire of revolution has been lit it’s bound to burn bright until the early hours, and then you can lie awake until dawn changing your mind about what to rescue from the bin bags.

'I don't know them! I promise, I'm a stranger!' says man dragged away from group of six by Covid marshalls 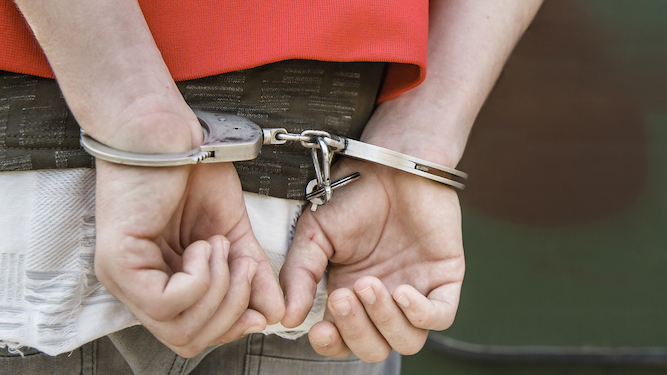 A MAN dragged away from a group of six people by armed Covid marshalls is desperately pleading that he does not know them.

The marshalls, masked and dressed in black leather and carrying submachine guns, observed the man exchanging words with the group on a crowded bus and immediately arrested him.

Onlooker Nathan Muir said: “He was panicking, trying to prove he didn’t know them, that there was no risk of coronavirus transmission because he was a total stranger.

“But the longer they interrogated him, the less convincing he seemed. It’s very hard to prove you don’t know somebody, after all. They just snarled at him that he was lying.

“Their black van arrived and he was thrown in the back with all the others they’d caught in the morning’s roadblocks and spot-checks. There must have been 50 people in there but it’s alright, none of them were acquainted.

“Then they shouted through a megaphone to everyone watching ‘You’d better be strangers or in an office because you’ve seen what happens to rulebreakers,’ before driving away.

“Still it’s all for our own good and isn’t Boris a funny laugh.”