Sperm love to party down

SPERM actively enjoy alcohol and cigarettes, it has emerged.

New research published in the journal Human Reproduction has found that tobacco and alcohol are less harmful to sperm than previously thought. In fact, the overtly-masculine culture that exists inside testicles means that spematozoa relish intoxicating stimulants.

Professor Henry Brubaker said: “By inserting a camera into a human scrotum, we were able to see that the testicular interior resembles a tiny version of a ‘frat house’ as portrayed in American college films.

“The sperm’s living area is dirty and untidy, with peeling posters of eggs and ovaries tacked to the inner wall of the teste.

“Typically there will also be a pool table and at least two bongs.”

“Also it helps that there’s no daylight inside the scrotum, so you can just sleep all day, whatever.

“Getting loaded gives you the extra confidence you need to talk to ovums nicely so that they let you fuse with them.”

Dogs to be shot in Olympic stadium 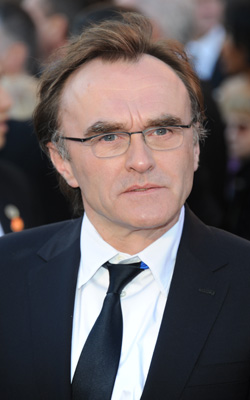 THE opening ceremony for the Olympic games will include a pile of tractor parts and a man with large hands glaring at everyone, it has been revealed.

Trainspotting director Danny Boyle will direct the £27M extravaganza that the world will watch for thirty seconds before getting bored and going for a piss.

Organisers had hoped Boyle would deliver a frenetic montage of dead smack babies, dismemberment and Robert Carlyle that would make London look brilliant compared to Edinburgh.

But the director has announced plans to turn the stadium into a nightmarish, hallucinatory version of the British countryside.

The ceremony will begin with a tribe of woad-painted schoolchildren having the shit kicked out of them by a group of riot police dressed as Roman centurions.

A series of endangered animals will then be slaughtered into extinction by members of The Grumbleweeds and a further set of schoolchildren beaten up, this time by officers of the armed forces dressed as medieval land barons.

Boyle said: Well be encouraging spectators to bring their pet dogs to the stadium, where they will be blasted with a shotgun by a ruddy-faced bearded lunatic.

Thats assuming anybody actually makes it to the games, as well be blocking up every lane of traffic into the Olympic park with a flotilla of caravans and dangerous-looking farm equipment doing three miles an hour.

The show will climax with an enormous tea shop being erected in the centre of the arena, with audience participation as spectators are handed a tepid styrofoam cup of tea, an ossified scone and a three-figure bill.

Boyle said: Were especially pleased that Lord Coe and Boris Johnson have agreed to narrate the final scene of two public school chums discussing the crippling expense of the country cottage they inhabit for three weeks of the year before telling everyone in the stadium to get the fuck off their property.