Therapists Offer To Reduce Gayness To Weekends Only

MOST therapists claim they can help homosexuals to restrict their gayness to weekends only, according to new research.

In a survey 97% of mental health professionals said that if a patient came to them asking to be made less gay or not gay at all, they would be more than happy to sign them up for an introductory period of 48 weekly sessions.

Therapist Dr Bill McKay said: “My programme of weekend gayness allows many people to control their Monday to Friday perversions leaving them free to enjoy playful office banter about bums and titties.

“In order to control the gayness I show them pictures of naked ladies, sometimes on all fours with a sexy, come-hither look on their face, sometimes with legs akimbo.

“I then ask the patient if he is experiencing erections.

“It sounds like a lot, but as I always tell them, you can’t put a price on being slightly less gay.”

Attack On Goodwin Wasn't My Fault Either, Says Brown 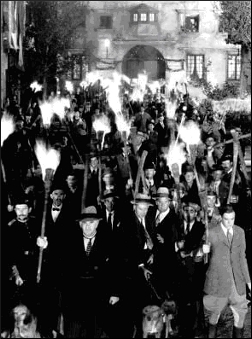 GORDON Brown last night added the attack on the home of Sir Fred Goodwin to the list of things that are not his fault.

The prime minister denied stoking hatred towards bankers just hours after a speech in Washington DC in which he compared them to Frank Booth, the homicidal maniac from Blue Velvet.

Mr Brown said: "They go around sucking nitrous oxide from a tank and offering to fuck anything that moves. It's completely irresponsible.

"And all I've ever said about Fred Goodwin is that he's a mad scientist who has created an eight foot tall monster with a bolt through its neck that wants to murder you in your bed and steal your daughters.

"If the villagers then decide to grab their pitchforks and their torches, storm his castle, drag him to the town square and hang him from a lamppost while screaming 'die! die! die!' then that is entirely a matter for them."

The prime minister also said his recent request to sup ale from Sir Fred's hollowed-out skull was a 'playful aside' that was not meant to be taken literally.

He added: "It is important that everyone remains calm while remembering at all times exactly whose fault this is."

Meanwhile the Treasury has confirmed it will probably not embark on a new round of spending and tax cuts after the financial markets decided that UK government debt was about as appetising as a deep fried shit in a bap.