THOUSANDS of public health experts could disappear over the next two weeks if they don’t shut it, according to a new study.

Researchers have found that doctors who don’t button their fucking lips about alcohol are 128% more likely to drive their car into the sea next weekend.

Professor Henry Brubaker, from the Institute for Studies, said: “Our graph shows the number of articles in the Lancet about people who are just trying to have a good time will soon fall off a cliff at precisely the same rate as their authors.”

Figures show that since 2000 the increase in alcohol consumption in Britain has been directly proportional to the number of annoying pronouncements about it.

But consumption has fallen in the last two years while dreary bastards going on and on about two-for-one cocktail offers and big fish bowls full of cider and Martini continues to rise.

Professor Brubaker stressed all of this could be prevented by a minimum price per tedious alcohol warning of £375,000.

“Failing that we just slip a letter through their door in the middle of the night made from cut-up newspapers with a drawing of a highly-qualified liver specialist being fed into an industrial chipper.”

He added: “As things stand, by the middle of March the only public health experts left in Britain will be ones who hate their jobs and enjoy getting gently shitfaced.

“The rest will be encased in concrete or strapped into their Jags at the bottom of the Wash.”

Bill McKay, an absolutely no problem drinker from Hatfield said: “When are these so-called experts going to realise that British people are fucking dreadful?

“If you don’t like it go and write your boring articles somewhere else.”

Wenger did not see Orient match 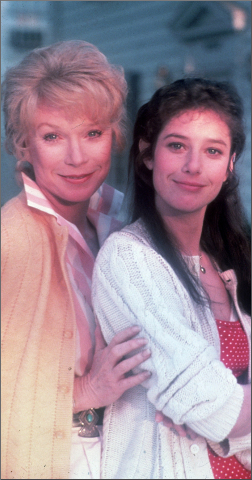 ARSENE Wenger has refused to comment on Arsenal’s draw against Leyton Orient, claiming not to have seen any of it.

The French Thunderbird puppet was led out of the Brisbane Road ground by Pat Rice whilst wearing a blindfold, following the Gallic belief that anything that cannot be seen has not happened.

Many older French people use the same mehtod to maintain that their country was never invaded by Germany.

Wenger said: “No idea what you’re talking about. I do know we beat Barcelona on Wednesday if you’d like to talk about that. Though I have to admit I didn’t see the first 78 minutes of that game either.”

Wenger’s selective vision has plagued his time at Arsenal and has meant he has no recollection that Francis Jeffers or Manuel Almunia have ever played for the club.

Footballologist Wayne Hayes said a number of managers in the Premier League share Wenger’s belief they can change reality simply by refusing to accept a thing has happened, though psychiatrists warned this could tip them into a Benitez where not only do things not happen but things that have hot happened happen.

Hayes said: “Although Alex Ferguson still attends United matches and takes an interest in them, in his head they’re still playing the 3,750,000th minute of extra time of their 2003 3-1 home defeat to Fulham.

“Meanwhile Sam Allardyce is currently sat in a Lancashire rest home with a blanket over his knees in the belief he’s steering Real Madrid to an historic unbeaten season.”

But Wenger is adamant thaere was nothing to see on Sunday, adding: “If so it would have been on television, would it not?