What f**kwitted opinions about coronavirus are you sharing online?

IT’S important to share your witless opinions about the coronavirus on traditional forums for idiots such as BBC comments and Mail Online. Try some of these.

We need a population cull

It’s hard to imagine what sort of tool thinks this is a worthwhile contribution. Population growth may be a problem, but the solution is not ‘randomly killing people’. And if you’re so keen, why not find a local bus route and start with yourself?

Moronic opinion implying potentially fatal viruses somehow respond to a stoical attitude. A bit like saying: “I don’t mind if I’m in a horrific motorway pile-up. I’m not the complaining type.”

Usually from sad keyboard warriors trying to sound like hard-bitten men of the world. What’s even more annoying is that these people are clearly bullsh*tters who’ll be whining like spoilt toddlers if there’s a shortage of their favourite breakfast cereal in Tesco.

Who did it? Putin? NASA? Jack Ruby? It’s hard to drag the level of ‘debate’ on BBC comments down much further, but these timewasters manage it.

Tell people you’ve got a six-month supply of bottled water, disinfectant and vitamin pills. You’re probably a fantasy-prone w*nker who just bought a few bottles of Evian, but don’t let that spoil your fun. Also pretend you’ve got a mate in the police who tells you about top secret internment camps.

Shoehorn immigration into the discussion

Always bring up your obsession with immigration in an illiterate way, eg. ‘If we staid in our own country’s we wooden be in this mess.’ The other twats will give you loads of upvotes for that. 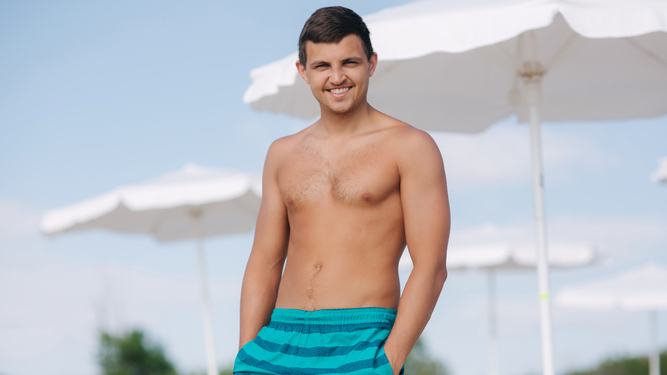 THE rugged inhabitants of the North have welcomed the start of summer with open arms.

Hardy folk from the no-nonsense parts of England have wasted no time basking in the overcast March weather that is lovely and warm to them.

Donna Sheridan of Carlisle said: “I’m so glad it’s finally here. Nothing but picturesque grey skies and a blustery light drizzle from now until the end of September. Fantastic.

“My big coat’s back in the wardrobe and I’ve cracked out my t-shirt and shorts for these balmy temperatures. That’ll see me through to the start of December when it reaches sub-zero and I’ll put on a tiny jacket.”

Hull resident Roy Hobbs said: “I’ve turned the central heating off which can only mean one thing – summer’s here.

“I can’t wait to cool down with a cold pint of lager in a beer garden and watch these long summer evenings stretch out until half six.”