Which lapses in judgement are you blaming on the pandemic? 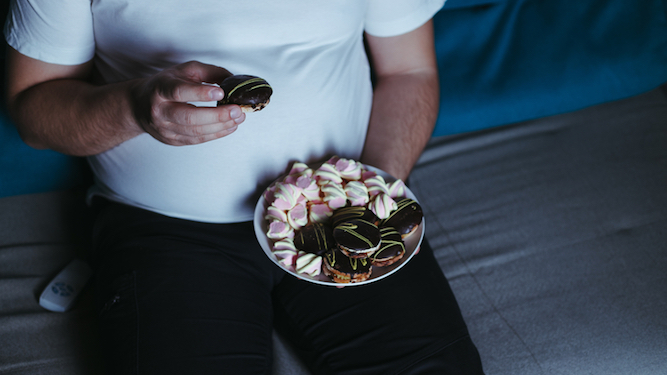 WITH so many confusing rules flying around it’s hard to know what you’re allowed to do anymore, so which obvious lapses in judgement are you pinnng on the pandemic?

Lots of us are going through a two-month-long dry spell right now, but that’s no reason to buckle and get within two metres of someone who chucked you for their fitness instructor. Mind you, nothing tastes sweeter than forbidden fruit even if it makes you want to vomit afterwards.

Gambling away your furlough pay

It’s easy to feel like money doesn’t exist anymore if you’re being bailed out by the government. Don’t let this go to your head and risk it all on online poker though. Bailiffs are still working and will be more than happy to strip your flat bare.

Staying up to date on the unfolding nightmare is exhausting work, so you need plenty of energy. Stuffing your face with nothing except biscuits, crisps and cheese will give you the stamina you need for those late night scrolls through Twitter, as well as a looming heart attack.

Were you one of those people who thought the lockdown would be the perfect time to get fit and nailed your colours to the mast by investing in some lycra clothing? Two months in and the only reason you’ve started wearing it is because nothing else is stretchy enough to contain your increasingly large arse.

Telling your boss to f**k off

Manager piling on the pressure? Try to resist the urge to tell them to go fuck themselves. The job market’s slim pickings right now and the economic outlook for the next decade is gloomy. If you have to let rip, turn your Zoom mic off first. 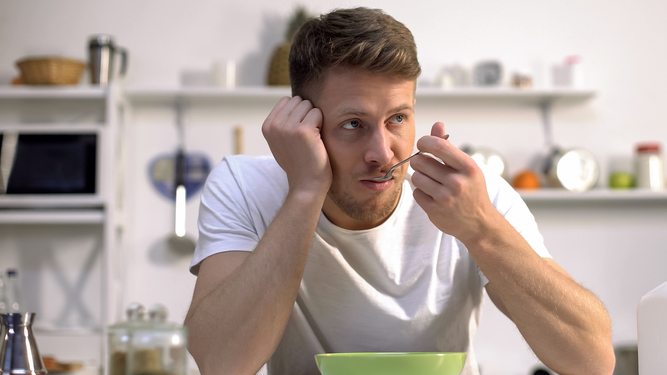 AS lockdown drags on, what you eat for lunch will probably be the most exhilarating thing that happens to you today. Here are five things that might change that.

Have a really exciting dinner

You could just eat a worse lunch but that’s slightly self-defeating. Instead, plan an amazing evening meal. If you really want to spice things up, have dinner in front of a mirror and pretend you are dining with your new, secret, same-sex lover who happens to look exactly like you.

That’s not very exciting, you say. But while eating only plants is not very thrilling, the behaviour of some vegans suggests that banging on about it to other people is a thrilling experience you won’t be able to get enough of.

There’s nothing like TV to distract you from the lazily prepared chow you’re shovelling into your gob. Take out a subscription to every TV channel you can until you find a compelling new show with all the sex of Normal People and all the dragons and sex of Game of Thrones. It’ll cost a bomb, but it’ll be worth it if all you can ever be bothered to make is Heinz ravioli.

Hope for an alien invasion

A few weeks ago, the US military released recordings of UFOs. What if those aliens chose today to invade? That would completely take your mind off lunch. Admittedly it carries the risk of being exterminated or anally probed, but all they’d find up there is a boring tuna melt you ate earlier.

The government gets on top of things and lockdown ends immediately

This would be great, but to be honest our leaders aren’t looking any less incompetent than usual. Probably best to pin your hopes on the alien invasion.