Which lockdown habit will you find hardest to quit?

WINTER is behind us and the end of lockdown is apparently in sight. But which of your new mole-person habits will you struggle to leave behind?

A wine box a day

You had no idea what a trial those monthly visits to the old people, nodding along to their inane opinions on everything from Brexit to the correct way to remove a sock, were until they’d gone. In that way lockdown’s been a blessed release from their exhausting drivel. A fortnightly Zoom, mostly spent discussing how to turn mute off, is too addictive to quit.

At this point anyone who claims not to be running a secret weed farm is either Chief Constable of Bedfordshire police, a liar or both. Our unreliable dealers have forced us to become self-sufficient just as Brexiters wanted us to and every spare inch of our homes is a hydroponic hideaway. It would be a shame to go outside and contribute to society instead.

Manufacturers of sex toys have reported record sales, and they’re not being bought to put on shelves in the background of Zoom calls. But a five-times-a-day habit isn’t compatible with the outside world, so you’ll soon have to make a choice. It’s not going to be the outside world, is it? Not sexy enough.

No one can remember who started the bet to see who could grow the longest lockdown toenails – maybe Gal Gadot? But twelve months in, the easing of restrictions cannot end something as grotesquely boastful as what’s occurring on your feet. You must not fail the challenge. Step into flip-flops and swagger like the winner you are. 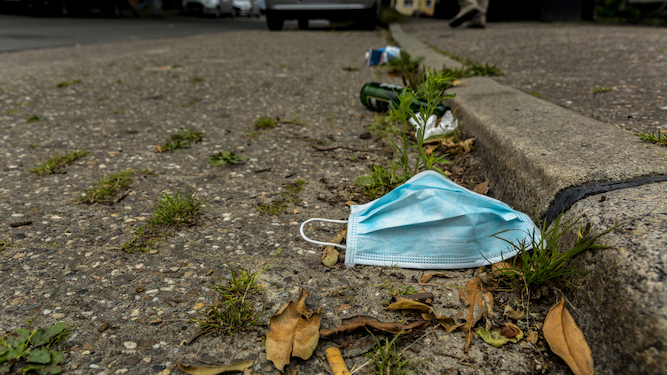 AN insufferable twat has written a moving poem about a discarded facemask he saw lying in the street.

Ryan Whittaker, self-appointed poet laureate of Mansfield, noticed the single-use blue facemask on the pavement and found it so poignant he was compelled to immortalise it in the medium of verse.

He continued: “Inspiration can come from anywhere. For Wordsworth it was daffodils. For Sylvia Plath, it was her Nazi dad. For me it was this lonely, abandoned mask.

“I don’t want to spoil it for you, but needless to say it focuses on themes of decay, destruction and plague, and it’s five pages long. I also swear in it, because my poetry is harsh like the streets.

“It’s a high-brow affair. I invoke John Milton. I took absolutely ages finding a rhyme for ‘one-use chastity belt’, but I got there when I imagined remembering I’d seen a ‘half-eaten tuna melt’ in a nearby bin.”

Tom, who hopes to perform the poem on Newsnight or failing that on social media, believes his magnum opus has the potential to enact real societal change.

He said: “I think this could unite the nation, like Captain Tom. The last line – ‘once our protector, but now just litter’ will blow people’s minds.”