The Queen breeds corgis for meat, and other wild revelations from the Meghan and Harry interview

THE DUKE and Duchess of Sussex’s Oprah interview threatens to rip the Royals apart. Here are five shocking revelations from it:

The Queen breeds corgis for meat

Harry reveals that his grandmother breeds corgis, releases them, hunts them, eats them and has their skins sewn into slankets, which she wears while watching Pointless. He also believes that Balmoral is where she has created genetically modified mega-corgis the size of cattle which taste great in a burger.

Charles is allergic to Wales

Despite being the Prince of Wales, Charles has never set foot in the country. Harry lets slip that his father is actually allergic to the country because of its high levels of deprivation, and apparent visits have been faked using greenscreen, CGI and matte paintings. Meghan nods along to Harry’s story, adding that Charles is ‘afraid of dragons’.

Meghan was blocked from starring in A Star Is Born

Meghan admits that she had to turn down lead roles in A Star Is Born, The Shape of Water, The Favourite and Avengers: Endgame because the Queen did not like them. Instead, she was encouraged to perform in little plays for Her Majesty who sat there unsmiling and uninterested like she always does.

In an experimental procedure to create back-up Royals, Princess Anne was cloned five times, which explains why she works five times harder than all the other Royals. She has never actually ridden a horse, leaving that to #4, but said her appearance at the 1976 Olympics was ‘terribly fun to watch’.

William and Kate are swingers

While Prince William has said that he wants to mend ties with his brother, Harry apparently has no such intentions, with the younger brother very publicly revealing that the much-beloved couple treat British high society ‘like one big seventies key party – with bell bottoms and shag carpets very much included’.

Which shit high street shop will you miss the most? 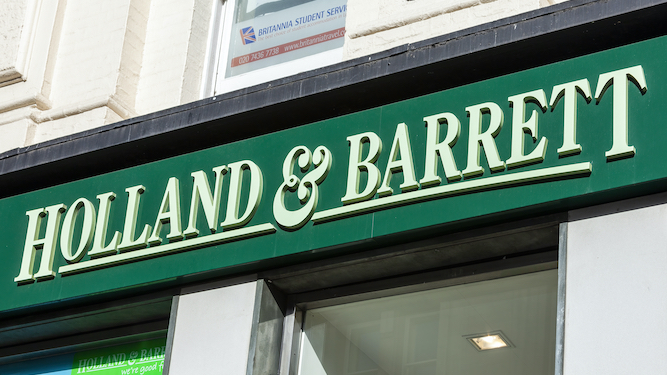 BRITAIN’S high streets are teetering on a knife edge. But even with the best will in the world, it’s hard not to admit some of our traditional retailers are a bit shit. Such as these:

Basically Woolworths but without the fun bits like pick’n’mix, it’s a wonder that WHSmith has been able to survive solely on the sale of discounted biographies and multipacks of Sharpies. If it proves tough enough to survive coronavirus it will probably also survive armageddon and continue selling filofaxes to cockroaches.

Frumpy old Dorothy Perkins should have been killed off ages ago by younger, sexier stores like Topshop and yet it has seen them off and remains a high street fixture, relentlessly churning out boot cut jeans like they never went out of and then back into fashion again. It’s time for it to be put out to pasture.

You’d think Holland & Barrett’s perpetual sales and offers would have them packed to the rafters with people, but instead the stores are empty. This is probably because it’s much easier to buy your vitamin D supplements online without a desperate salesperson trying to upsell you a 5kg tub of banana-flavoured whey protein.

If you’re the sort of person who enjoys being gently bullied into buying moisturiser with bits of twig in by a teenager with blue hair and a pierced septum, you’ll be sad at the loss of Lush. However, if you like walking down your local high street without being assaulted by a smell that gives you an instant migraine, you’ll be overjoyed.

What use is there for a newsagent’s anymore? We read the papers online, no one smokes and you can buy an unappetising cheese and onion sandwich from the local Tesco Metro. It’s the UK Gold of shops: full of old crap and only clinging on because of the nostalgia value.