THE UK may face a second lockdown thanks to irresponsible bastards working in offices and drinking in pubs, the government has warned.

Health secretary Matt Hancock has placed the blame for the second wave squarely on the shoulders of Britons who freely mingled in unsafe office environments, drank in pubs, or met to eat in restaurants.

He continued: “What were you thinking? How you could you be so selfish?

“Well, when we’re all confined to your homes again we’ll know exactly who to blame. All those people who rushed back to Wagamama’s like they hadn’t been fed in months.

“Though it’s the offices that gets me. This last six months have proved perfectly well to everyone that homeworking works. Why did you take the needless risk of going back?

“And then you’re in the pubs after, not a care in the world, none of you wearing masks. Well, now we’re all in the last chance saloon. Let there be no doubt: any second lockdown is on you.”

Hancock confirmed that the government has passed the names and addresses of anyone who used Eat Out to Help Out to the police, and they will be retrospectively fined £10,000. 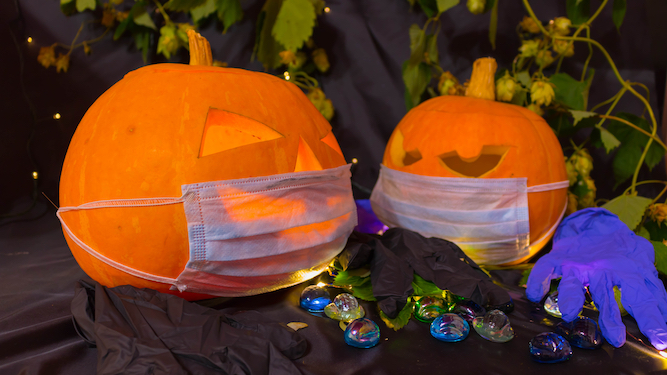 THIS year started badly, very quickly got much, much worse, briefly levelled out and is now plunging again. Here’s what’s coming up:

Allowed to proceed for the mental health of the nation’s sweet-obsessed children. Sweets will be exchanged by fishing net, slingshot or trebuchet, and kids will dress up as their hollow-eyed zombie parents who’ve just learned schools are closing again.

Mandatory fireworks displays held up and down the UK in honour of the NHS, unfortunately using up all the budget allocated for more hospital beds, PPE and pay rises. In a not-entirely-unexpected finale, Boris Johnson takes off to outer space in his escape rocket, the £100bn ‘Moonshot’.

His rocket having crash-landed in Northumberland and declared a ‘dead issue’ that ‘the media needs to move on from’, the prime minister is disappointed that no national celebrations are held for the anniversary of his election on December 12th. Blames BBC and abolishes it.

Parents try to explain how Father Christmas is not a Covid risk, fail, and say ‘he’s not real’. Bullshitting of legendary proportions allows festivities to occur as usual with a cast-iron excuse to not invite flatulent, racist elderly relatives who eat all the green triangles from the Quality Street.

Banned from meeting any friends, Britain is hugely relieved to be given official government permission to have a shit night. Jools’s Hootenanny cannot be filmed due to social distancing, which turns out to be the biggest reprieve of the year.

2021 also sees the UK sever trade ties with everyone it trades with. The lack of joyous revelling is blamed on the high level of respect for the government’s latest Covid rules, rather than everyone being morosely aware that 2020 will in retrospect look like the good times.