Your guide to lying about how much you smoke

DO you think you’re ‘cutting down’ by pretending to smoke less than you do? Here’s how to convince yourself and other people.

Be creative with the numbers

If asked how many you smoke a day, say something innocuous like “Oh… maybe five or six”. Lie to yourself enough and you’ll start to believe this is true, rather than the correct figure of “20 if it’s normal fags, if it’s roll-ups, about 100.”

Claim the smoking ban has ‘practically made you stop’

You’re not daft enough to stand in the freezing cold for the sake of a fag, right? Neglect to mention that during any trip to the pub you’re up and down like a jack-in-the-box as you go for a fag every 15 minutes and hail the size of bricks wouldn’t stop you puffing away.

Focus on the times you don’t smoke

Cheerfully tell people “Sometimes I don’t smoke a cigarette all day!”. Don’t dwell on the fact that this is only because it’s really difficult to smoke at work and you are constantly thinking about lovely fags. Or your ‘binge smoking’ in the evening when you easily overtake a daytime smoker on 40 a day.

Pretend you only smoke when you drink

Which is a hell of a lot, and you have to finish off the packet because they’re so expensive. To not do so would be a massive waste of money and totally irresponsible.

Gravely tell everyone you’re giving up, when you really mean you’re thinking about giving up. It’s a shame this principle doesn’t apply to the rest of life, because we could all easily be billionaires or go out with Scarlett Johansson. 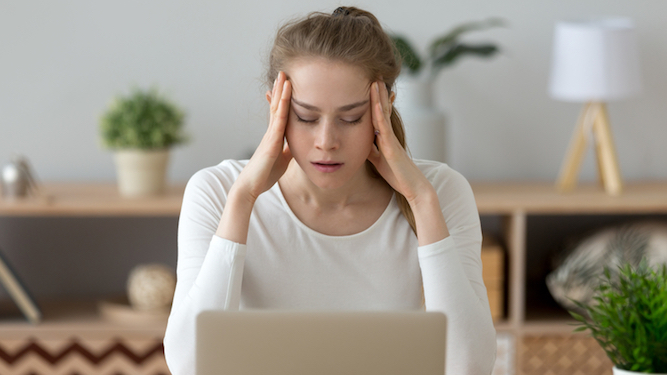 A WOMAN with no child-rearing responsibilities believes she is physically exhausted, it has emerged.

Emma Bradford, 32, gets an average of seven hours sleep every night, not a minute of which is interrupted by a bawling child, but still claims to be shattered in the morning.

Bradford said: “About a fortnight ago I only grabbed five hours of sleep after a big night out with the girls. I think I can safely say I know exactly how mums must feel.

“To be honest I think I’m still catching up on the sleep I lost. And now I come to think about it, I’m always tired.

“If I’ve had a busy day at work I might only feel up to a few drinks with friends that evening or a meal and a trip to the cinema. If only I could shake off this terrible exhaustion.”

Friend and mum-of-two Donna Sheridan said: “I’d like to get Emma to babysit my kids for a month then ask how she’s feeling, but she still tries to cook unopened tins of food in the microwave so they probably wouldn’t survive a week.

“Mind you, letting Emma starve them or blow them up would give me the chance to finally get some shuteye so it’s tempting.”