Don't put this sh*t on us, warns electorate

THE electorate has warned Boris Johnson and Jeremy Corbyn not to come to them with their problems and expect them to sort it all out.

Britons have told the party leaders they get paid for doing this, they got themselves into this mess, and it is their responsibility to get themselves out of it.

Sandwich shop owner Ellie Shaw said: “They don’t come to us every other year when it’s all going well. Oh no. You don’t hear a peep out of them then.

“But as soon as they’re in the sh*t it’s ‘We need a general election! The public must decide!’. As if we’ve got a f*cking clue.

“Do they think we’re going to hand Boris Johnson an emphatic win? That we’ll suddenly decide, all things being equal, that Corbyn deserves a go? Nah. We’ll fudge it just like we did last time.

“Do you find me going to Sajid Javid when nobody’s buying the ham sandwiches? No. Because it’s my job, I step up and I sort things out for myself. They want to try it.”

Prime minister Boris Johnson said: “But it’s hard. Nobody told me it would be hard.”

How to be offended on behalf of other people 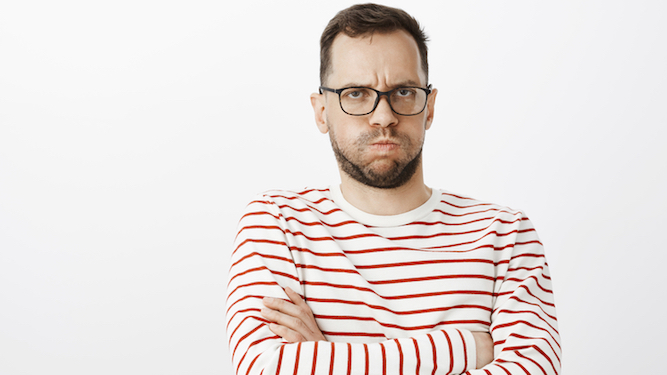 ARE you the sort of self-righteous idiot that likes to be offended on behalf of other people? Here’s how to do it properly.

‘Call people out’ for being racist

If you like the phrase ‘I’m calling you out’, you’re already in the spirit of being irritatingly offended on other people’s behalf. Don’t bother addressing real-life racism, just join in with the latest controversy on Twitter.

If you’re a man, accuse another man of being sexist before a woman does

Has another man made a sexist remark? Be sure to jump in and defend the woman before she gets the chance herself. Delicate little ladies love it when a big strong man with right-on views speaks on their behalf.

Don’t be afraid to speak for entire groups

Especially groups you aren’t part of. If you’re an atheist and your local church puts a nativity scene outside at Christmas, get cross and claim that other religious groups might be offended, even though they’re too busy with their own religious nonsense to care.

Act as if you personally know famous people and politicians

Getting upset because someone called Boris Johnson a ‘big fat porky bundle of thinning man-ham’ is a brilliant level of proxy offence. The extremely rich prime minister of the UK is bound to feel crushed by the comments of a random person on the internet.

You may feel a twinge of guilt about not being genuinely offended and just jumping on the latest outrage bandwagon, but this will pass when you check your bank account and buy a new Aga.