THE government is appealing to children’s sense of nostalgia by promoting potato croquette-based school dinners as having a ‘retro vibe’.

As photos emerged on a pupil’s blog showing school meals looking exactly as they did in the 80s, ministers have recruited TV’s nostalgia kingpin Stuart Maconie to leverage the retro factor when convincing pupils to eat the predominantly orange meals.

Speaking at the launch of the ‘Eat Your Cool Retro Dinner’ campaign Maconie said: “Potato croquettes are the carbohydrate equivalent of a ZX Spectrum or Raleigh Chopper. They’re insanely cool even if they taste of dirty steam mixed with glue.

“Same goes for overcooked square pizzas with a three-inch-thick bread base and those things called ‘chocolate crunch’. Very groovy. Collectors pay a lot of money for those on Ebay.

“Not that you should put them on Ebay. You should eat them, eat them all up, yum.”

However the initiative has had a mixed reception from students.

11-year-old Stephen Malley said: “I don’t know who Stuart Maconie is, he looks like the monster I imagine hides in my cupboard.

“He keeps talking about the 80s, which I think is when Sherlock Holmes was king and people had slaves.

“Anyway that’s what I imagine, but I can’t think properly because the pink custard has formed a crust on my brain.” 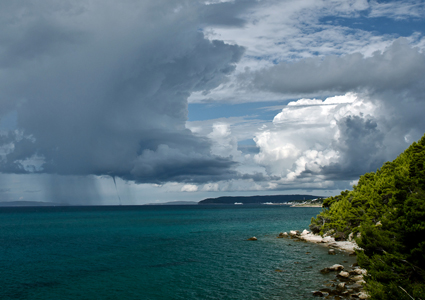 Scientists advise everyone to be nice to planet, cut it some slack.