Millions face another yet another eight unremarkable hours of utter tedium. 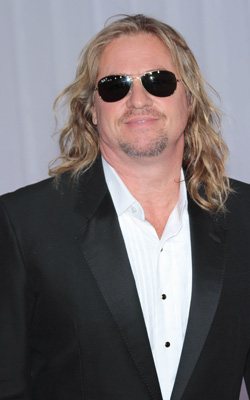 New technology has this week given us amazing revelations about Ötzi the Iceman, whose preserved body was found frozen in the Austrian mountains ten years ago. People think that because Ötzi lived over 5000 years ago, he is difficult to fathom but you already know more than you think about the life of the Iceman.

He is burned into our collective consciousness because of the integrity with which Val Kilmer portrayed him in the 1986 movie Top Gun.

If you’ve seen Top Gun as many times as I have then you know to always triple check the safety of your ejector seat and that the Iceman was a controversial wiseguy who made enemies fast.

Essentially, Ötzi and Val were the same Iceman: they lived life on the edge, they had strict dietary requirements and they associated with a band of volatile, o thrill­seekers.

New evidence tells us this is how Ötzi met his sad end: these ne’er­do­wells shot him in the back with an arrow. No one knows what he’d done to rub his assassins up the wrong way, but I believe he may have offended them by deftly twirling a biro around his long fingers while fixing them with a steely glare.

They confronted him: “Ötzi, why the hell are you doing that?” He said it was because he didn’t like them: they were ‘dangerous’. In the end, it didn’t matter how valuable an asset Ötzi was in the sky or on a beach volleyball team, he simply had to die.

It’s generally accepted that Val Kilmer left the Iceman behind after Top Gun, but in fact he carried the role on through all his major productions. Analysis of Ötzi’s pelvis showed he was accustomed to taking long walks through the wilderness and he wore leather trousers every single day, even when he was in bed – aspects of his character probed by Val while playing Jim Morrison in the Doors movie.

But of course, there are downsides to being the Iceman. Val got a reputation as a nightmare to work with and people wanted to kill him – just like they killed Ötzi. And like him, Val is disappearing into history, growing old and suffering in exactly the same way with heart disease, dodgy knees, lactose intolerance and parasitic worms. When he wasn’t dragging his itchy anus across the bamboo rug or alienating loved ones with insufferable flatulance after a bottle of Yop, Ötzi – like Val ­- feared not having a steady income or any friends.

Some say Ötzi’s ego was writing cheques his body couldn’t cash, but in the end he had the last laugh. Val can take comfort from the fact that 5,300 years later we still remember and love the Iceman, even though his eyes are rotted and his skin is all leather.