The slightly lost­-looking blame­-magnet will be able change his final squad sheet right up until May 29th assuming he can find it in the drawer where he keeps electric bills dating back 20 years, and bits of old wrapping paper.

Hodgson said” Ill be asking Frank to come over to Poland as our Sarahs raised a lovely lad and its never any bother when I want him to pop out for my bits from the Tescos.

Apparently hes not a big fan of the football and prefers opera, which I dont much hold with myself as its just shouting, but Im sure the other lads will make him feel welcome and not make fun of his asthma or his bad leg.

Ive got to pick 22 others and Ill be basing it on whos impressed me recently on A Question Of Sport. Matt Dawson plays football, doesnt he?

Hodgson has begun preparations for the tournament by checking that Englands Polish training camp is well­-stocked with lemon drizzle cake and proper china cups for his tea.

He will head off immediately after West Broms last league game on Sunday, taking the coach there as he wouldnt get in a plane if you paid me, thank you.

Tensions within the squad are currently running high and the FA have prepared a complex Venn diagram detailing who has slept with whos wife and which players have a court order out against each other. However, the manager plans to overcome this with a bit of a sing­song and a whist drive on the coach trip there.

Hodgson added Im sure well all have a lovely time and come back with a nice souvenir of our trip to cheer everyone up, assuming they sell snow globes over there. 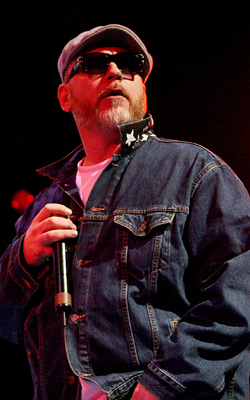 AMERICAN rapper Everlast, impressed with the tributes given to Beastie Boy Adam Yauch, has been obsessing about how much press he’ll get when he passes on.

Best known for House of Pains 1992 hit Jump Around, Everlast has spent the last week watching and reading eulogies to the late MCA while thinking about his own possible demise.

Everlast said: Its like, wow, who knew that so many people loved the Beasties when they hadnt exactly been making a big splash recently? I guess white hip hops more important culturally than I realised.

They hadnt had a top ten hit since 1986. Jump Around was six years later and it charted at number three, so thats way more significant.

Plus we had that whole Irish thing going on, and Irish guys are majorly sentimental. Man, dudes are gonna weep when I check out.

Everlast also reminded anyone he spoke to that his solo album, Whitey Ford Sings The Blues, boldly combined rap with acoustic guitars and lead single What Its Like would ‘sound fucking awesome blasting through big speakers at my funeral’.

He said: I mean that shit is soulful, you know? And its proof that I could step up on my own, as opposed to those MCs who only really succeed as part of a crew.

Nobody even knows DJ Lethal or Danny Boy from House of Pain and I think youd say Ad-Rock was the lead in the Beasties. So conceivably it could even be bigger than this MCA deal when I go. Man.

Everlast was last heard telling his wife about the significant, possibly terminal, damage to his lungs and liver caused by too much partying back in the day, and ‘the motherfucking shin splints I got from always jumping around’.