Weekending: At The Movies 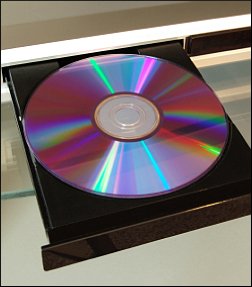 IF Britain wants to pay more than £15 for a DVD player then it may as well just go ahead and boycott the Beijing Olympics, the prime minister said last night.

Mr Brown stressed that although the Chinese had failed to exert their influence in a bid to halt the violence in Darfur, they had produced a slimline DVD player with a really impressive range of features, for what could only be described as 'silly money'.

The prime minister added: "It's multi-region, it's got progressive scan – whatever that is – and it's got a 'zoom' function. For fifteen quid!

"But if you want to go back to the dark days of paying £25 or even £30 for some piece of stone-age Taiwanese crap, then be my guest."

Meanwhile China's 25 million prisoners of conscience have confirmed they will not be attending the summer games, mainly because they are all in jail for not loving communism.

Li Fung-Choo, serving 18 years for whistling a Perry Como song, said: "While the world focuses on China's failure to intervene in Darfur, I have to admit I'm slightly more focused on their failure to let me go to the toilet."

His cell-mate Zhen Lao-Jing, sentenced to life for watching The Color Purple, added: "The Darfur situation is vexing. I would write a letter, but unfortunately someone has just attached a car battery to my privates.

"But by all means do bring your foreign currency to Beijing and watch some steroid addicts chase each other round a football pitch."