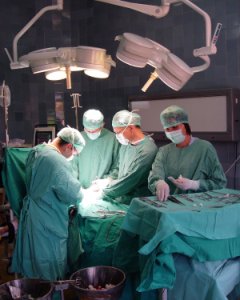 SUBURBAN Britain is being swept by a kinky new craze for organ swapping, the Daily Mash can reveal.

Ted Grazely, 56, and his wife Enid have been enthusiastic organ-swappers for the past two years after being introduced to the craze by neighbours Bob and Carol Timmins.

“At first it seemed like any normal evening at the Timmins, we sat around drinking gin and tonic, there were Pringles™ everywhere, and I fully expected to end up in bed with Carol as usual,” said Mr Grazely.

“But then Bob drew a picture of his pancreas on a card, wrote his name on the back and threw it in a bowl in the centre of the room, as did everyone else.

“Soon as I worked out what was happening I whipped out my pen and threw my small intestine into the pot.”

He added: “Next thing I know, I’m upstairs with Judy McLean from number 23, a set of borrowed steak knives and a bottle of chloroform.

“There is just something incredibly exciting about going home with another man’s wife’s lungs.”

Mrs Grazely, also 56, said organ swapping had electrified the couple’s marriage and transformed her husband into a new man.

She said: “He’s picked up two new kidneys, a decent spleen and a fantastic prostate gland which had hardly been used at all.

“Not only is his breath much fresher but he can get through an entire night without having a piss.”