Alright, we'll get over it, say Remainers

REMAINERS have announced that, three-and-a-half years after the referendum, they are to get over it.

Following yesterday’s landslide election win, Remainers across Britain have admitted there is a strong chance that the country did want to leave the EU after all.

Nathan Muir of of Reading said: “You know what? Maybe it’s time I moved on.

“There was just something about the referendum result I didn’t like – maybe it was that my side lost – so I decided it must be wrong, and must be reversed, and did everything I could to achieve that.

“But I have to admit it’s looking very much like my efforts were wasted, and Brexit is happening, and perhaps it’s time to be the bigger man and accept it.

“Brexit it is. Brexit for everyone. Fine. Doesn’t bother me.” 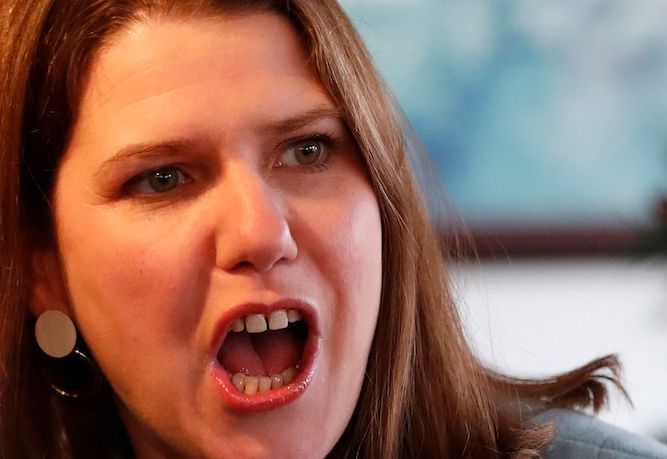 FORMER Lib Dem leader Jo Swinson has been ‘belting out’ That’s Life while standing on her sofa.

After losing her seat, Swinson made a dignified speech before heading home and ripping open a freshly delivered case from Aldi Wine.

According to eyewitnesses, Swinson ‘tanked’ a bottle of Pinot Grigio and was halfway through the second one when she grabbed it and began an ‘aggressively flamboyant’ rendition of the Frank Sinatra standard.

Swinson said: “I’ve been a puppet, a pauper, a pirate, a poet, a pawn and a king. I’ve been up and down and over and out and I know one thing. Each time I find myself flat on my face I pick myself up and get back in the race.”

It is understood Swinson will send at least two dozen horribly ill-judged text messages before crashing out, waking up with a hangover the size of Canada and then getting a job which is much better than the one she had.